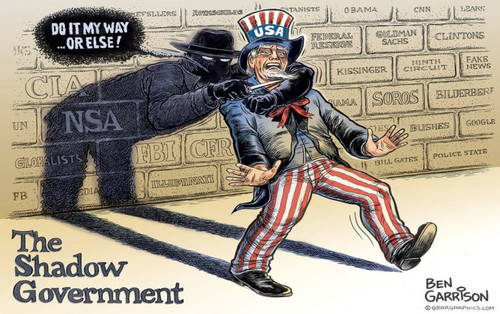 – This Is Why America Continues To Spiral Into The Abyss!

In this brand new story over at the Daily Mail, their report is chilling confirmation of what ‘conspiracy theorists’ have long warned of but what the mainstream media apparatus has long called a ‘conspiracy theory’:

“It’s a collection of people, CIA, NSA, FBI in the United States military services who care passionately about ‘getting it right'”.

Those statements were just made by none other than James Comey during a stop on his new book tour and who, according to this new story from Tyler Durden over at Zero Hedge, has just been named in a criminal referral letter along with Hillary Clinton, Loretta Lynch, Andrew McCabe and ‘lovebirds’ Peter Strzok and Lisa Page issued by 11 members of Congress to Attorney General Jeff Sessions, Attorney John Huber and current FBI Director Christopher Wray which we’ve embedded in its entirety at the bottom of this story.

While Comey claims that this unelected government isn’t trying to bring down President Trump, he also inadvertently tells us why America is now in such huge trouble, claiming that this group is ‘unchangeable’ and no single president could ever ‘weed them out’ because they are so embedded within the bureaucracy. After 8 years of Bill Clinton, 8 years of George Bush, 8 years of Barack Obama and Hillary Clinton running the State Department, get the picture? As we see detailed below, it’s much bigger than that!

With Comey’s remarks also helping to confirm why the world seems ‘upside down’ to so many people at the moment, with good called evil and evil embraced as good, this ‘collection of people’ Comey talks about who allegedly ‘care passionately about getting it ‘right'” have helped to flip the switch on reality. With ‘body count’ Hillary attempting to sell ‘love’ to help get her elected back in 2016 when she’s so obviously full of hatred while ‘drone killer’ Barack Obama won a Nobel Prize for Peace even though he admitted himself that he was ‘really good at killing people’.

With Comey also continuing his attacks upon President Donald Trump, saying ‘lying has become so normal’ to him, we remind Comey that it wasn’t Donald Trump who lies for nearly 13 minutes straight but Hillary Clinton as seen in the mega-viral final video we’ve embedded at the bottom of this story, a video watched more than 15 million times. Sooooo…do James Comey and Hillary Clinton REALLY believe that Americans are as STUPID as they constantly suggest us to be?

When this ‘deep state’ group Comey refers to helped to ‘dumb down’ the American people with their mockingbird media and common core education, they obviously forgot that at least half of Americans would remain critical, independent thinkers. 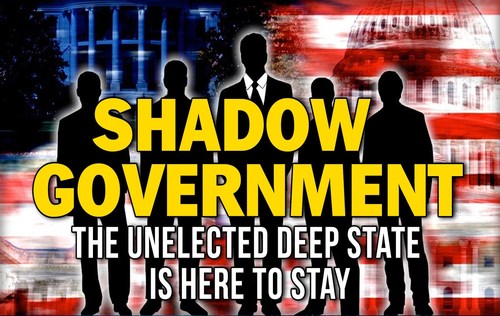 Yet Comey’s admission should be looked at as chilling and for good reason. It is confirmation of what people like Steve Quayle and the Hagmann’s and websites such as ANP have long warned and it helps to explain why President Trump is having such a difficult time at the moment ‘draining the swamp’ – for ‘the swamp’ is EVERYWHERE!

How does President Trump purge a bureaucracy that has been built up over decades, clearly stretching back to far past the presidency of Bill Clinton and likely as far back as post-World War 2 and ‘Operation Paperclip’? For those who haven’t yet heard of Operation Paperclip, when understanding the make up of the ‘deep state’, this is absolutely crucial. From Wikipedia:

Operation Paperclip was a secret program of the Joint Intelligence Objectives Agency (JIOA) largely carried out by Special Agents of Army CIC, in which more than 1,600 German scientists, engineers, and technicians, such as Wernher von Braun and his V-2 rocket team, were recruited in post-Nazi Germany and taken to the U.S. for government employment, primarily between 1945 and 1959. Many were former members, and some were former leaders, of the Nazi Party.