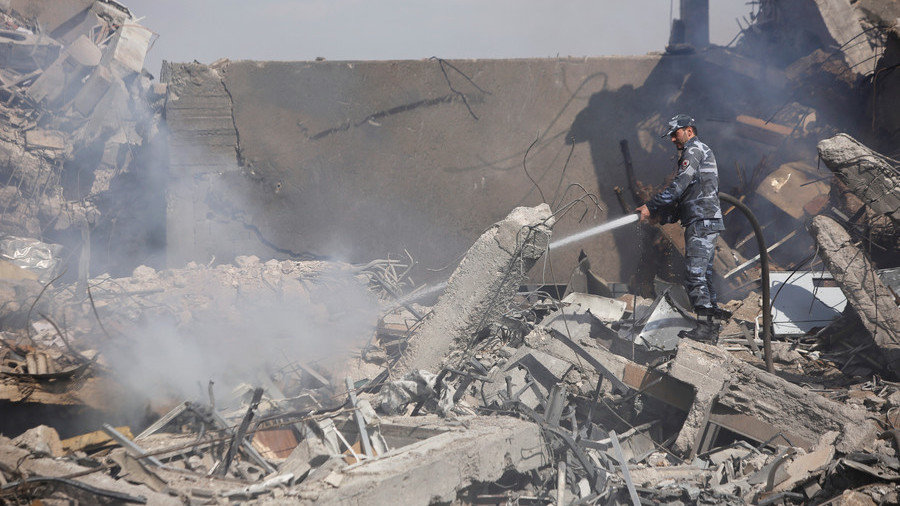 The US, Britain and France trampled international law to launch missiles against Syria, claiming to have “evidence” of the government’s use of chemical weapons. That evidence is based on terrorist lies.

After a week of outrageous tweets and proclamations by POTUS Trump, which included continued accusations that Syria’s president ordered a chemical weapons attack on civilians in Douma, east of Damascus, with Trump using grotesque and juvenile terminology, such as “animal Assad,” the very evening before chemical weapons inspectors of the OPCW were to visit Douma, America and allies launched illegal bombings against Syria. The illegal bombings included 103 missiles, 71 of which Russia states were intercepted.

For the past week, we were told that the US had ‘evidence’ and the UK had ‘evidence’ that Syria had used chemicals. The ‘evidence’ largely relied on video clips and photos shared on social media, provided by the Western-funded White Helmets (that “rescuer” group that somehow only operates in Al-Qaeda and co-terrorist occupied areas and participates in torture and executions), as well as by Yaser al-Doumani, a man whose allegiance to Jaysh al-Islam is clear from his own Facebook posts, for example of former Jaysh al-Islam leader, Zahran Alloush.

This, we were told, was ‘evidence.’ This and the words of the highly partial, USAID-funded, US State Department allied Syrian American Medical Society, which, like Al-Qaeda’s rescuers, only supports doctors in terrorist-occupied areas.

On April 12, even US Secretary of Defense James Mattis told the House Armed Services Committee that the US government does not have any evidence that sarin or chlorine was used, that he was still looking forevidence. 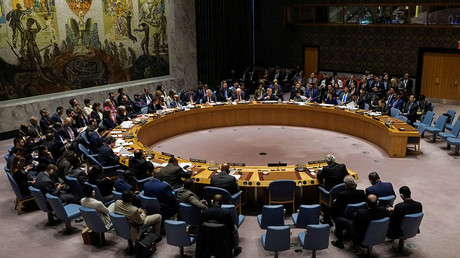 Syria, finding the claims to be lies and the sources tainted, requested that the Organisation for the Prohibition of Chemical Weapons (OPCW) immediately come to Syria to investigate the claims. Accordingly, the OPCW agreed to senda team—the visas for which Syria granted immediately—which arrived in Damascus on April 14.

President Trump, instead of waiting for an investigation to confirm his ‘evidence,’ chose the very night before this investigative team would arrive in Syria to inspect the allegations, to bomb Syria. The timing of the attacks is more than just a little timely. And the bombings were illegal.

General Mattis tried to dance around the legality, stating, “the president has the authority under Article II of the Constitution to use military force overseas to defend important United States national interests.”

But he is wrong, this does not permit the US to illegally bomb a sovereign nation, and he knows it. So does Russia. In a statement on April 14, Russian President Vladimir Putin declared the attacks as illegal, noting:

“Without the sanction of the Security Council of the United Nations, in violation of the UN Charter, norms and principles of international law, an act of aggression against a sovereign state that is at the forefront of the fight against terrorism has been committed.”

What if chemicals had been at targeted locations?

In the same Pentagon briefing, General Joseph Dunford specified the US and allies’ targets in Syria, alleging they were “specifically associated with the Syrian regime’s chemical weapons program.” One target, at which 76 missiles were fired, was the Barzeh scientific research centre in heavily-populated Damascus itself, which Dunford claimed was involved in the “development, production and testing of chemical and biological warfare technology.”

This ‘target’ is in the middle of a densely-inhabited area of Damascus. According to Damascus resident Dr. (of business and economy) Mudar Barakat, who knows the area in question, “the establishment consists of a number of buildings. One of them is a teaching institute. They are very close to the homes of the people around.”

Of the strikes, Dunford claimed they “inflicted maximum damage, without unnecessary risk to innocent civilians.”

If one believed the claims to be accurate, would bombing them really save Syrian lives, or to the contrary cause mass deaths? Where is the logic in bombing facilities believed to contain hazardous, toxic chemicals in or near densely populated areas?

Regarding the actual nature of the buildings bombed, Syrian media, SANA, describes the Pharmaceutical and Chemical Industries Research Institute as “centered on preparing the chemical compositions for cancer drugs.” The destruction of this institute is particularly bitter, as, under the criminal western sanctions, cancer medicines sales to Syria are prohibited.

Interviews with one of its employees, Said Said, corroborate SANA’s description of the facility making cancer treatment and other medicinal components. One article includes Said’s logical point: “If there were chemical weapons, we would not be able to stand here. I’ve been here since 5:30 am in full health – I’m not coughing.”

Of the facility, the same SANA article noted that its labs had been visited by the OPCW, which issued two reports negating claims of any chemical weapons activities. This is a point Syria’s Ambassador al-Ja’afari raised in the April 14 UN Security Council meeting, noting that the OPCW “handed to Syria an official document which confirmed that the Barzeh centre was not used for any type of chemical activity” that would bein contravention to Syria’s obligations regarding the OPCW. 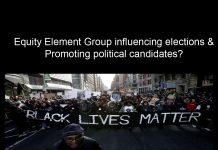