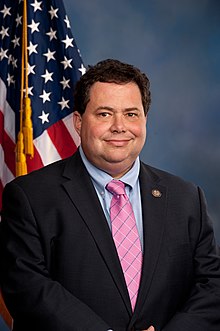 Elder Patriot – Shortly after Donald Trump was sworn in he began moving to end human trafficking and the sexual exploitation of children.

Today, Congressman Blake Farenthold (R-TX) resigned ahead of what may be the first of many such resignations by his colleagues. Farenthold was a real piece of work.

Here are just a couple of tidbits that we do know about.

A settlement was reached with a victim of his sexual harassment for $84,000. Those were taxpayer dollars that were used to satisfy her claim, not Farenthold’s own money.

Farenthold will soon be forgotten because he got out early and his importance will pale in comparison to the names that are going to be implicated. We have been contending for some time that human trafficking and the sexual exploitation of minors is an epidemic that reaches into every seat of power everywhere in the world and all the way to Washington.

It appears that today may have marked the start of the federal crackdown on these perverted practices.

Backpage.com, an Internet sexual marketplace frequented by sexual predators and sex workers was shuttered this afternoon.

If our information is correct, today’s events are just the tip of the iceberg.

If you remember late last year President Trump signed an Executive Order empowering the Secretary of the Treasury, in consultation with the Secretary of State, to confiscate the U.S. assets of anyone materially assisting, sponsoring, or providing financial, material, or technological support to those engaged in human rights abuses and/or corruption.