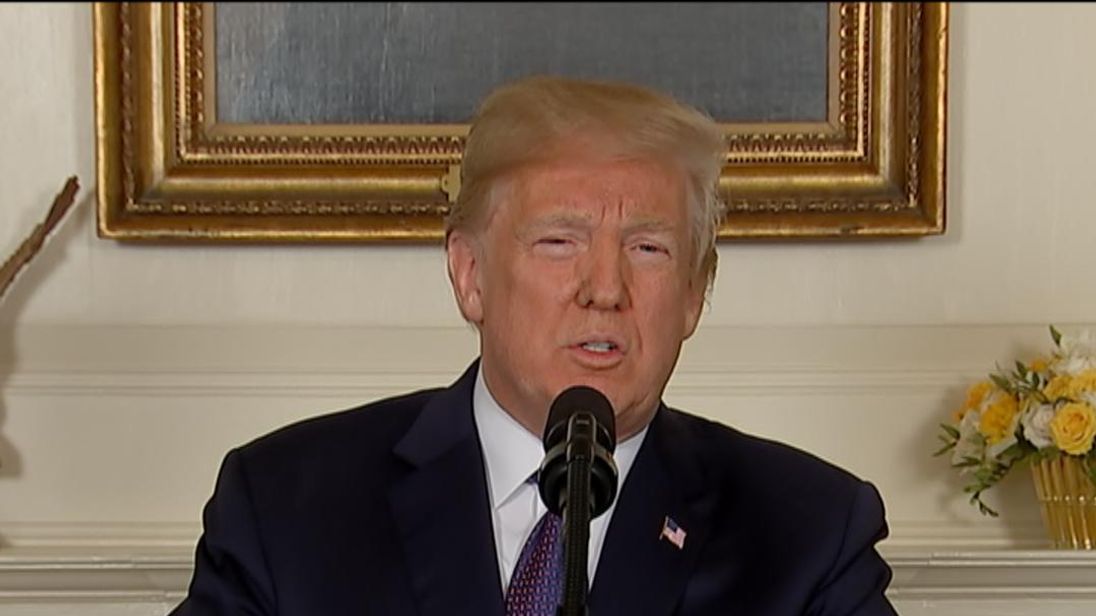 The President says the military action was a “combined operation” with the armed forces of the UK and France.

The US, UK and France have launched military strikes on Syria following the suspected chemical attack by the Assad regime.

In a televised address from the White House, Mr Trump said: “A short time ago, I ordered the United States Armed Forces to launch precision strikes on targets associated with the chemical weapons capabilities of Syrian dictator Bashar al Assad.”

Mr Trump said the military action was a “combined operation” with the armed forces of the UK and France.

Prime Minister Theresa May confirmed she had ordered British armed forces to conduct “co-ordinated and targeted strikes to degrade the Syrian regime’s chemical weapons capability and deter their use”.