by Chris Graham Charlotte Krol, via The Telegraph: 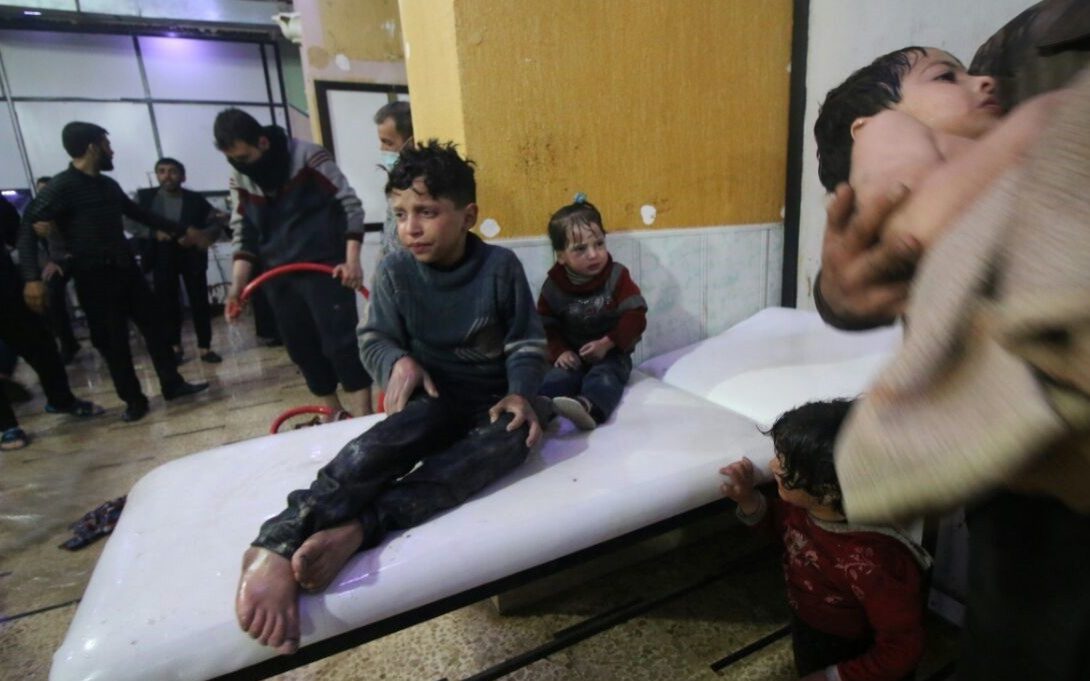 Donald Trump launched an unprecedented attack on Vladimir Putin for Russia’s role in propping up the Syrian regime of Bashar al-Assad as he demanded urgent action to help the victims of what he called a “mindless” chemical attack.

Syrian opposition activists and rescuers said on Sunday that a poison gas attack on a rebel-held town near the capital had killed at least 49 people, according to local estimates.

Mr Trump took to Twitter on Sunday morning to condemn the reports and say that Mr Assad’s backers would face a high price.

“Many dead, including women and children, in mindless CHEMICAL attack in Syria,” he wrote.

“Area of atrocity is in lockdown and encircled by Syrian Army, making it completely inaccessible to outside world.

Mr Trump has previously avoided directly condemning Mr Putin, despite Russia’s intervention in the Middle East and efforts to meddle in the 2016 US election.

The allegations are denied by the Syrian government, with the US describing the reports as “horrifying”.

If President Obama had crossed his stated Red Line In The Sand, the Syrian disaster would have ended long ago! Animal Assad would have been history!

A joint statement by the medical relief organisation Syrian American Medical Society (SAMS) and the civil defence service, which operates in rebel-held areas, said 49 people had died in the attack late on Saturday. Others put the toll at 150 or more.

Syrian state media denied government forces had launched any chemical attack and said rebels in the eastern Ghouta town of Douma were in a state of collapse and spreading false news.

The US State Department said it would demand an international response if confirmed, laying some of the blame with Russia.