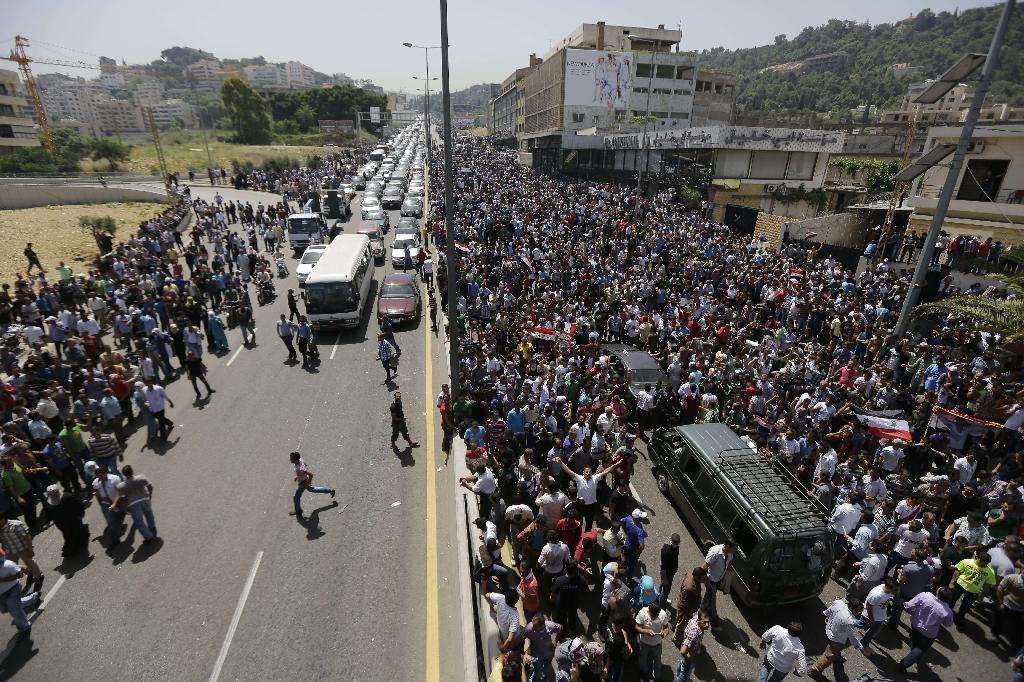 Many are simply aping the mainstream media. The truth is that the president is well-liked by his people.

During the Syrian Presidential election in 2014, Assad won 88.7 percent of the votes with a turnout of 73.42 percent.

“This is a significant amount of voter turnout considering the last time the US had a higher percentage per capita was in 1896. This would suggest that as the war has progressed and the jihadist element became more evident, the people recognised Assad as a source of stability and peace,” Middle Eastern analyst Paul Antonopoulos believes.

“Despite mainstream media efforts to demonise Assad, he has the support of most Syrians. Questions about electoral fraud has arisen, says Antonopoulos, “but this overlooks that the elections were overseen by observers from over 30 countries including from post-colonial states like Brazil, India and Uganda”.
The observers said in a joint statement that “the Syrian people participated in the elections in total freedom, contrary to Western and regional propaganda that tried to fabricate a false narrative”.

A YouGov Siraj poll on Syria commissioned by The Doha Debates and funded by the Qatar Foundation in January 2012, found that at least 55 percent of Syrians supported Assad.

“It must be noted that this poll was funded and commissioned by Qatar who has been one of the key anti-Assad players, and even their poll, which could be susceptible to bias, found that the majority of Syrians supported Assad.

“It must also be highlighted that the poll has since been deleted from the The Doha Debates but the results of the poll are still cited by The Guardian in an opinion piece by Guardian columnist and author Jonathan Steele. These facts cannot be ignored,” said the analyst.

“Also the US as a Christian nation, why do people not listen to Syria’s Christians, one of the oldest Christian communities in the world, at all? They overwhelmingly support the government.”

These are Syrians who WALKED to the Syrian embassy in Baabda, Beirut, Lebanon to vote in Syria's presidential elections in 2014. Voter turnout was so high, the embassy was overwhelmed and had to extend voting hours. Syrian expats in Lebanon voted for President Assad freely. pic.twitter.com/ibbAA9xPB9

Many cut their thumbs to symbolically vote for Assad with their blood. This was voluntarily and highly symbolic for their trust in the president. pic.twitter.com/NEcYa0XRN8

Meanwhile German tabloid Bild used the testimony of a fake eye witness of the alleged chemical attack, Deana Lynn. But in her own words on US NPR she admitted that she had not been near the site at all: “The second day, there was a chemical attack which was not near me, but I heard about it. And when I heard about it from some of the young men – they told me what happened.”
Diana Jamal el-Deen aka Deana Lynn told NPR she sat in a basement far away from the location and heard about it from some “young men”. She was evacuated to northern Syria after the SAA liberated Douma. Idlib, where she now lives, is a stronghold of ISIS in northern Syria, so it appears that she had been told this fake news by ISIS militants.

German President Frank-Walter Steinmeier has called for ending the demonization of Russia and its people on Sunday. He said that Germany should do more to help de-escalate tensions, because of Germany’s unique history with Russia.