Countries that don’t eagerly follow the U.S.-led global order make prime targets for American-led invasions, particularly when those countries challenge the status of the U.S. dollar.

Right now, Venezuela is one of these countries. Venezuela sits on the world’s largest oil reserves, and in order to free itself from what it calls the “tyranny of the U.S. dollar” in maximizing its potential on these oil reserves, the country began publishing its oil and fuel in Chinese yuan in September of last year. It recently added further insult to injury and launched the world’s first state-backed cryptocurrency, known as the petro. According to TIME, however, the petro is “in fact a collaboration – a half hidden joint venture between Venezuelan and Russian officials and businessmen, whose aim was to erode the power of U.S. sanctions.”

This development was enough to provoke the Trump administration into signing an executive order designating anyone who buys or uses the cryptocurrency as in breach of economic sanctions the U.S. slapped on Venezuela in August of last year.

Altogether, Trump has already imposed more than 20 individual and economic sanctions on Venezuela. For those who believe America’s infatuation with the country is about human rights concerns and that it has nothing to do Venezuela’s untapped oil reserves and its ties to currency, think again.

The main opposition leader who is up against incumbent leader Nicolas Maduro, Henri Falcon, currently has a former Wall Street economist advising him who believes that in order to solve Venezuela’s problems, it should rid itself of the bolivar as its official currency and replace it with the U.S. dollar. The U.S. has been spending millions supporting opposition activity in Venezuela and was doing so even under the Obama administration. Whether it is done subtly or overtly in Trump-esque fashion, the seeds of regime change in Venezuela are being sown throughout media discourse.

In mid-February, U.S. Admiral Kurt Tidd, head of the U.S. Southern Command, visited Colombia’s coastal city of Tumaco. This visit, combined with Trump’s statement last year that he was considering a “military option” in Venezuela, irked Venezuela into getting itself into a state of military preparedness.

Venezuela has not only reportedly been building up its military along the border with the South American nation of Guyana, but around the same time that Tidd visited Colombia, the Venezuelan Interior Minister, Néstor Reverol, allegedly also advanced the possibility of military action against Colombia.

In response, Guyana set up two army bases around the end of February, following similar moves from Brazil and Colombia. While the ultimate extent of this particular stand-off is still unclear, Reuters claimed that Venezuelan troops were already entering Guyanese territory. In the meantime, hundreds of thousands of Venezuelan citizens are making their way toward Brazil and Colombia in what is fast becoming a migrant crisis that will eventually surpass Syria’s.

Last year, a group known as the Lima Group was established to “restore democracy” to Venezuela. It consists of Argentina, Brazil, Canada, Chile, Colombia, Costa Rica, Guatemala, Honduras, Mexico, Panama, Paraguay, Peru, Guyana, and Saint Lucia. The group’s declarations include designating Venezuela non-compliant with the requirements of the Human Rights Council (remember that Canada is a country that supports Saudi Arabia), blocking the transfer of arms to Venezuela, and keeping track of the situation in Venezuela until “the full restoration of democracy” has been achieved.

Another geopolitical development worth keeping an eye on is Donald Trump’s appointment of notorious war-hawk John Bolton as national security advisor. While Bolton is known for his position on the Iraq war and his current animosity towards Iran and North Korea, he has used this anti-Iranian stance to demonize Venezuela even more so than is typically done in the corporate media.

In 2013, Bolton alleged that Iranians were operating in Caracas under the “largest Iranian diplomatic facility in the world,” laundering their money in Venezuelan banks. Together with Cuba and Nicaragua, Bolton already has his sights on Venezuela, countries he believes undermine American interests in the Latin American region. U.S. Senator Marco Rubio praised Bolton’s appointment — the same Rubio who advocated for the Venezuelan military to overthrow Maduro in a coup.

The other appointment to note is that of former CIA director Mike Pompeo to the position of secretary of state. He previously admitted that the CIA would like to see Maduro overthrown. 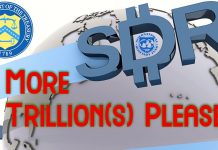