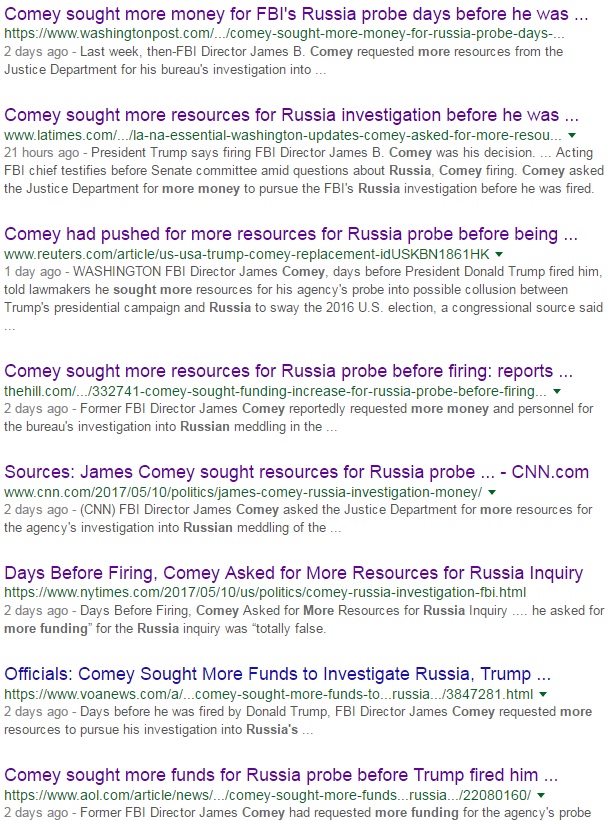 Back in May 2017, ANP highlighted how the liberal mainstream media had coordinated, with multiple outlets like The Washington Post, New York Times, CNN , LA Times, Reuters, The Hill, AOL News, Wall Street Journal and MSNBC, colluding to force a story to go viral by all using the same headlines, in some cases using the exact same wording, as we also noted those headlines were “fake news.”

This was the screen shot we grabbed from a Google search at the time:

In 2013, late night comedian Conan O’Brien even highlighted on his show how local television stations were using scripted messages, laughing at the ridiculousness of the entire joke that the media had become. Then in 2015, Conan did it again offering even more examples.

The mainstream media never cared much about it…… until now.

Sinclair Broadcasting, generally described as more conservative in nature than the majority of the MSM, gave their local reporters a script to read, highlighting the MSM’s general “bias” and how media outlets pushing “fake stories,” saying they do so “without checking facts first,” while maintaining that at (insert specific station here) “it’s our responsibility to report the truth.”

Full script below, via DeadSpin:

(B) Our greatest responsibility is to serve our [local] communities. We are extremely proud of the quality, balanced journalism that [station] produces.

(A) But we’re concerned about the troubling trend of irresponsible, one-sided news stories plaguing our country. The sharing of biased and false news has become all too common on social media.

(A) Unfortunately, some members of the media use their platforms to push their own personal bias and agenda to control “exactly what people think.” … This is extremely dangerous to a democracy.

(B) At [station] it’s our responsibility to pursue and report the truth. We understand Truth is neither politically “left nor right.” Our commitment to factual reporting is the foundation of our credibility, now more than ever.