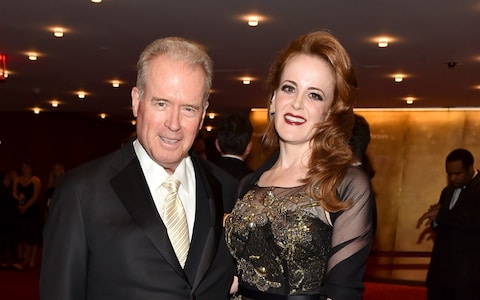 While Robert Mercer was donating $25 million to Republican campaigns in the 2016 election cycle and building a vast network of social media projects like Cambridge Analytica to digitally target voters “inner demons,” James Simons, the founder of the hedge fund, Renaissance Technologies, where Mercer made his billions, was working the other side of the street. Simons pumped $27 million into the coffers of Democratic candidates and related campaign committees. Included in that amount from Simons was $11 million that went into Priorities USA, a SuperPac supporting Hillary Clinton’s 2016 campaign for the presidency.

What “hedge” funds do is hedge their bets in the markets. It’s common sense to think they would also hedge their political bets.

Mercer and Simons have the following in common: both are computer scientists with doctorates who previously worked on military projects; both made billions of dollars at the hedge fund Renaissance Technologies through a secret sauce of trading formulas that are heavily guarded; both have a vested interest in keeping a brazen tax-rule in place at hedge funds that allows their profits to be taxed at an abnormally low rate (carried interest); and both men’s names turned up in the Paradise Papers, a trove of millions of leaked files from offshore tax havens.

According to a November 2017 article in the U.K.’s Guardian newspaper, Simons had squirreled away over $8 billion in the tax haven of Bermuda. The newspaper also separately reported that Robert Mercer shows up in the Paradise Papers “as a director of eight Bermuda companies” which it says were used to “legally avoid a little-known US tax of up to 39% on tens of millions of dollars in investment profits amassed by the Mercer family’s foundation” which were then used to fund conservative groups and a “$475m retirement fund for the staff of Mercer’s hedge fund, Renaissance Technologies.”

Renaissance Technologies and its principals have a lot at stake at the Internal Revenue Service. In 2014, the hedge fund became the target of an investigation by the Senate Permanent Subcommittee on Investigations, culminating in a charge of avoiding $6.8 billion (that’s billion with a “b”) in taxes. The Senate Subcommittee took testimony at the July 22, 2014 hearing from Steven M. Rosenthal, a Senior Fellow at the Urban-Brookings Tax Policy Center in Washington, D.C. Rosenthal explained the scheme as follows:

“I have been asked to evaluate the character of the gains of the Renaissance hedge funds based on my review of materials provided by the Subcommittee staff. The Renaissance hedge funds traded often, more than 100,000 trades a day, more than 30 million trades a year, and they traded quickly, turning over their portfolio almost completely every 3 months. Because the hedge funds adopted a short-term trading strategy, we would expect their gains to be short term. But the hedge funds, with the help of Barclays and Deutsche Bank, wrapped derivatives around their trading strategy in order to transform their short- term trading profits into long-term capital gains. This tax alchemy purported to reduce the tax rate on the gains from 35 percent to 15 percent and reduced taxes paid to the Treasury by approximately $6.8 billion. I believe the hedge funds stretched the derivatives beyond recognition for tax purposes and mischaracterized their profits as long-term gains.”

In 2014, Wall Street On Parade provided more detail on the Senate probe of Renaissance Technologies and how the scheme worked. We wrote:

“…the hedge fund makes a deposit of cash into an account at the bank which has been established so that the hedge fund can engage in high frequency trading of stocks. The account is not in the hedge fund’s name but in the bank’s name. The bank then deposits $9 for every one dollar the hedge fund deposits into the same account. Some times, the leverage reaches as high as 20 to 1.

“The hedge fund proceeds to trade the hell out of the account, generating tens of thousands of trades a day using their own high frequency trading program and algorithms. Many of the trades last no more than minutes. The bank charges the hedge fund fees for the trade executions and interest on the money loaned.

“Based on a written side agreement, preposterously called a ‘basket option,’ the hedge fund will collect all the profits made in the account in the bank’s name after a year or longer and then characterize millions of trades which were held for less than a year, many for just minutes, as long-term capital gains (which by law require a holding period of a year or longer). Long term capital gains are taxed at almost half the tax rate of the top rate on short term gains.”

In 2015 the Internal Revenue Service released a memo indicating that the basket option was an improper maneuver to convert short term capital gains into long term gains. To date, there has been no public announcement of any Federal regulatory action taken against Renaissance or Mercer over the $6 billion tax avoidance scheme.