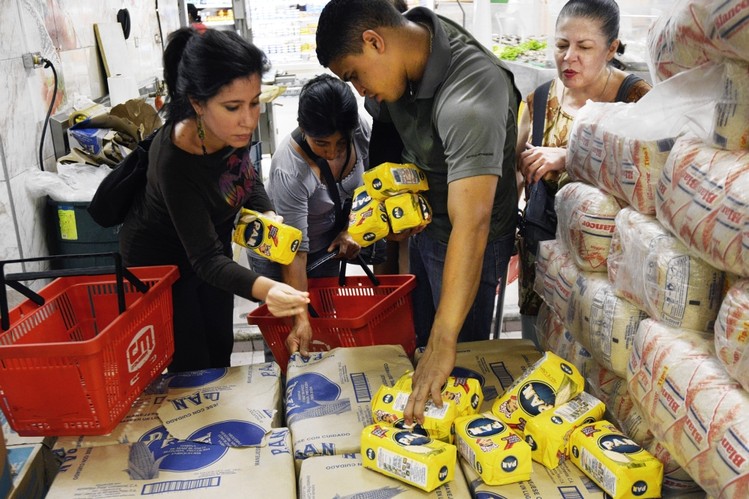 Many churches across Venezuela will be unable to offer a Eucharist this Easter due to a chronic lack of flour used to produce the communion wafer.

The lack of flour is a direct result of the economic crisis currently faced by the failed socialist state, which has triggered skyrocketing rates of hyperinflation and vast shortages of basic resources such as food, medicine, and hygiene products.

Many of the less affluent churches will have no bread to give worshipers at Sunday’s Easter celebrations. The ritual is considered a sacrament in some churches and an ordinance in others as symbolic of the sacrifice of Jesus Christ.

“The faithful are sending us the sacred bread imported from Miami and Houston before the situation that arises with the preparation,” said Father Ovidio Duarte, parish priest of the San Antonio María Claret church in Maracaibo, Zulia state.

Duarte added that, in some churches, the priest has had to split the bread into four separate pieces to ensure there is enough to go around. To help solve the problem, the Diocese from the Colombian border town of Cúcuta has also donated thousands of wafers for churches to help ease the problem.

Other Easter traditions such as eating fish have also become impossible for millions of faithful Venezuelans due to the unaffordability of food products, with their currency constantly losing value and a monthly minimum wage now equivalent to under two dollars a month.

“Three years ago for Easter, we bought three kilos of red snapper and five kilos of tuna,” one consumer lamented to El Nacional. “Now, our budget only allows us to buy half a kilo of shellfish, and half a kilo of clams for Thursday and Good Friday. Life has changed terribly.”

Unlike Cuba, China, and other left-wing dictatorships, Venezuela’s socialist regime under Hugo Chávez and his successor Nicolás Maduro is seen as openly embracing Christianity, with both men using their Catholic faith to defend their Marxist values.

However, Maduro has increasingly clashed with the Catholic Church in recent years as he turns the country into a totalitarian dictatorship where elections are rigged and political dissidence is not allowed.