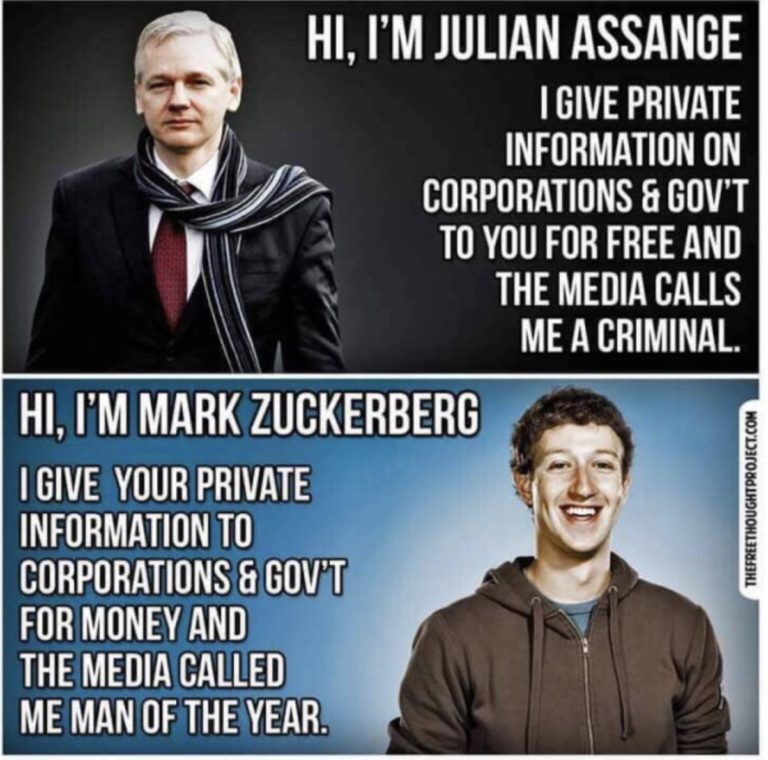 Let’s get right to it. Earlier today, Julian Assange had his internet access severed.

Here’s a translation of the statement from the government of Ecuador, in whose embassy he’s been trapped since 2012:

The Government of Ecuador suspended the systems that allow Julian Assange to communicate with the outside world from the Ecuadorian embassy in London, where the citizen remains in an international protection situation for six years due to the risk to his life and integrity.

The measure was adopted in the face of Assange’s failure to comply with the written commitment it assumed with the Government at the end of 2017, for which it was obliged not to issue messages that implied interference with other States.

The Government of Ecuador warns that the behavior of Assange, with its messages through social networks, puts at risk the good relations that the country maintains with the United Kingdom, with the rest of the States of the European Union and other nations. Therefore, to prevent potential damage, the embassy in London interrupted this March 27 communications abroad to which Assange has access.

The Executive also keeps open the way to the adoption of new measures in the face of breach of commitment by Assange.

The excuse for this egregious act against Assange is his social media activity “puts at risk the good relations that the country maintains with the United Kingdom, with the rest of the States of the European Union and other nations.” Naturally, we must ask what Assange has been tweeting about lately that prompted some bigger country, or countries, to force Ecuador’s hand. The answer is Catalonia.

I’ve been following Assange’s tweets closely following the revelation that German police seized Catalonia’s elected President Carles Puigdemont on behalf of Spain. Assange provided some much needed context and commentary about the disturbing incident over Twitter in recent days. Here are a few examples that likely ruffled the feathers of various EU governments.

European Arrest Warrant (EAW) abuse is one of the key intellectual reasons why the UK voted to leave the EU. If others control the use of force in your territory, it isn't your territory.

The European Arrest Warrant (EAW) is built around the insane notion that no EU member state will ever "go bad" and send an extradition request for a political purpose and hence there is no political exemption and no evidence is needed to extradite. Pure ideology.