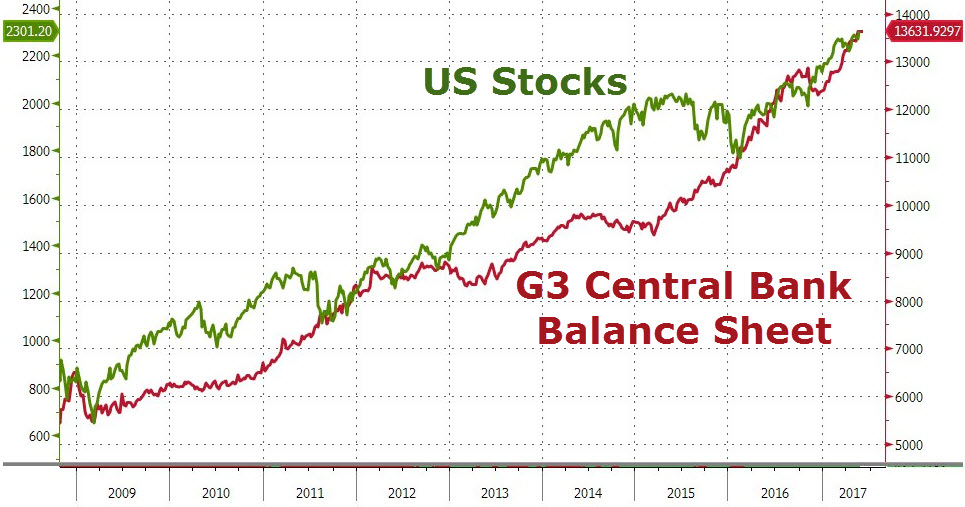 Public sentiment on the economy is generally influenced by to two false indicators — the national unemployment rate and stock markets. This is not to say the average person tracks either of these numbers very vigorously; they don’t. What they do is hear these numbers on the morning news, the radio news on their way to work (if they are employed) or they hear them on the evening news just before bed. If the jobless rate is low and the Dow is high, then all is right with the world, at least financially.

When it comes to the economy, most people are lost.

The average American, in particular, is not as oblivious to the world of political and social discourse as they are on economics. Whether on the left or the right of the political spectrum, most citizens know that lines are being drawn and ideological battles are accelerating into realms of the extreme. Conservatives and the liberty activists that stand at the front line of the culture war understand quite well the threat of globalism and the “philosopher king” elitism of international financiers. They know that these criminals must eventually be dealt with if freedom and stability are to return to the world.

There is a rather common disinformation tactic used to manipulate people within conservative circles that has made a resurgence lately in the wake of the Trump election win. It is the idea that Americans within the “working class” aren’t interested in “high-minded” debates over philosophical conflicts, such as the conflicts between individualism versus collectivism and globalism. There is also the notion that “real” Americans could not care less about the elitist culprits behind the political theater of the false left/right paradigm.

This attitude is presented as a superior one. That is to say, disinformation agents play to people’s egos, suggesting that the working class should be focused on putting food on the table and money in their wallets and that the rest of this “intellectual nonsense” should be ignored as frivolous.

I have seen this working-class cultism before. When I lived in Pittsburgh for a time, there were many people who adopted the image of the steel mining working man, even though steel mining was almost non-existent in the region. People were extremely proud of the idea that they came from a tradition of industrial production, and technical and intellectual pursuits were predominantly ignored in the hopes of perpetuating the mining town mystic. The problem was, all of these folks were wage slaves now in the midst of Pittsburgh’s garbage economy. There were too many people scrambling for too few low wage jobs and production was a thing of the distant past.

And they were supposed to be proud of this?

The working class hero meme is nonsense. It is not a real thing; not anymore. It is something that appeals to many of us conservatives in particular, and it is a subject that politicians use to lure us with a pied piper song of reconstruction and reformation promises that they never intend to keep.

And, the idea that working Americans struggling to survive “do not care” about the bigger picture is a lie, perpetuated by disinformation peddlers trying to appeal to any misplaced sense of superiority. They want us all not only to remain ignorant, but to be prideful of that ignorance. They want us to look down our noses at anyone offering in-depth insight into why the world is becoming a harder place to live. In fact, they want us to revel in the struggle; to revel in self-flagellation and sing songs of how good we are at suffering and barely scraping by.

I mention this within an economic article because I do not see this disinformation tactic being successful, at least not yet. What I do see are millions upon millions of Americans who want answers, and many of them are well aware that the root of the problems they face today comes from globalism and globalists. All that is left is for them to understand the causes of the economic disasters they will soon face, so that they can prepare more effectively to counter them and change their own fates for the better.

The working man is smart enough to care about the bigger picture. So, with that in mind…

If you have not been tracking economic activity for the past several years then the frenetic movements of markets recently might have you a bit confused. I’ll summarize the “great stock market recovery” that many people have grown accustomed to in a single quote from former president of the Federal Reserve Bank of Dallas:

“What the Fed did — and I was part of that group — is we front-loaded a tremendous market rally, starting in 2009.

It’s sort of what I call the ‘reverse Whimpy factor’ — give me two hamburgers today for one tomorrow.”

Fisher went on to hint at his very reserved view of the impending danger:

“I was warning my colleagues, Don’t go wobbly if we have a 10 to 20 percent correction at some point… Everybody you talk to… has been warning that these markets are heavily priced.” [In reference to interest rate hikes]

I want to break down the situation in the clearest terms possible so that there are no misconceptions here. The bottom line is this — the Federal Reserve through monetary stimulus packages and near zero interest rates engineered an artificial economic recovery from thin air. But, just as they print money from thin air, everything the central banks create has fleeting value and will eventually crumble.

The Fed not only pumped trillions of fiat dollars into banks and corporations, they also purchased over $4 trillion (officially) in various assets. These purchases coincided with interest rates so low that loans through the Fed were essentially free for corporate borrowers. But what did corporations do with these loans?

Well, they poured that cash into their OWN stocks, of course. They did this through something called “stock buybacks” which is basically a legal form of stock market manipulation. Companies purchase their own stocks and reduce the number of stocks circulating on the market, thereby elevating the value of the remaining stocks and pushing the Dow to new highs every year… until this year, that is.

The Fed’s control of stock market prices is made perfectly clear in this chart, which shows the S&P 500 rising in exact tandem with the Fed’s balance sheet purchases:

As I continually warned before the Fed pushed forward with balance sheet reductions, if stocks rallied in close relation to the rising balance sheet, then it only follows that stocks will crash as the balance sheet falls. It appears as though this is exactly what is now happening.

You see, there is a problem with this model of economic alchemy. It only lasts so long as the central banks perpetually increase the ability of nations and corporations to take on debt. Ultimately, even central banks do not have the power to facilitate debt forever. They have limitations. That said, they never intended to continue with this farce anyway.