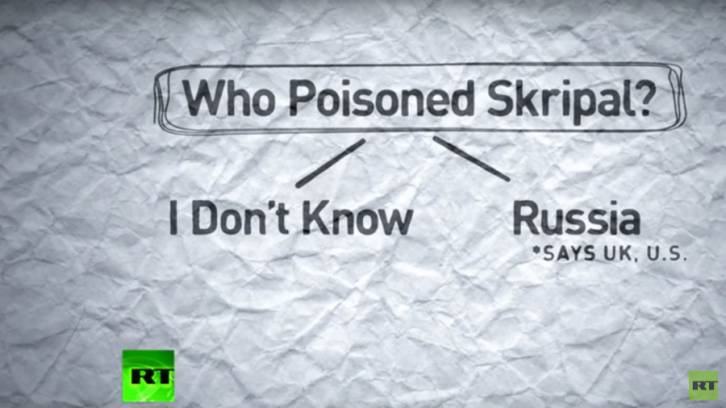 Who poisoned Sergei Skripal? Can only Russia produce A-234 (also known as ‘Novichok’)? Who could do it besides Russia? Watch how the UK explained why Russia is to blame in a short video. Warning: no facts are presented.

London does not hesitate to give a solid answer on who’s behind the poisoning of ex-spy and double agent Sergei Skripal. It is Russia – the UK says. Yet, judging by what London has offered as proof so far, the allegations are not based on evidence, but on what was deemed a ‘highly likely’ assumption. Moscow has denied any involvement.

Watch the video to get the nothingburger Skripal case logic: