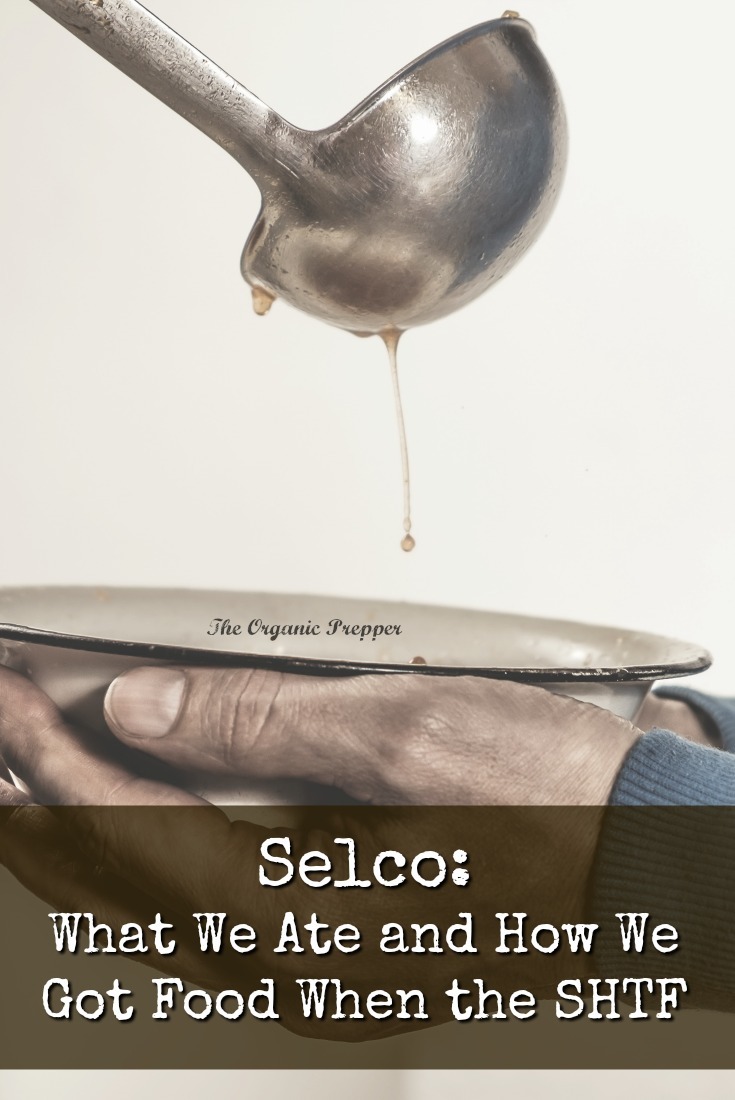 Editor’s Note: If a disaster is bad enough and lasts long enough, it isn’t going to take long before there is no food to be had. In this interview with Selco, he shares his real-life experiences and explains how people kept from starving to death when there was no food in the stores. ~ Daisy

How do you get food when there are no stores?
At the beginning of everything, most of the people did not have any significant “stash” of food in their homes.

In other words, the majority of common folks had food a or couple of days in their pantry and that was it. There were exceptions to that because the process of collapse did not happen in a few hours (in terms of suddenly there is no food in the stores).

When the chaos started, people looted stores after a short period of everyone buying things in a panic. Still, the majority of folks did not manage to get a decent stash of food from stores. Some did not want to believe that they were gonna need a stash. Others did not want to go out and participate in looting because it was dangerous. But I think the most obvious reason was that all food from stores was taken very fast.

In beginning period of SHTF, events unfold at a very fast pace. Actually, events go one after another so fast that if you find yourself lost in one event at the end of several events, you ask yourself, “Why in the name of God I did not go out and buy a whole bunch of food while I still could do that?”

Was gardening an option? If so, how did people protect their gardens?

Yes, it was an option, but the percentage of food from a garden was low because of a few reasons.

It was a city, without enough land for significant food growing, and the second reason is that even people who had some land (small gardens near houses) needed time to grow food there.

People usually did not grow food there in normal times, flowers, tea, maybe some particular kind of tomato, salad greens, and similar.

I remember going and checking gardens for tomatoes because people had tried some new sort of tomato close to their home, not as a way to have food, but as an attempt so they could see is if it was OK to have it somewhere before they had a bigger piece of land for growing (before SHTF in a peacetime).

So yes, gardening was an option, people used every part of the available land, but that was not enough, and it was like you are checking every day how your tomato is growing and you wait for it, but then you pick it and realize you have food for only a couple of days.

We were not prepared at the time to use every piece of land for food growing. It takes time to establish that.

Still, it was precious, and it was protected of course, just like your home, in the same way.

How often did MREs get dropped?
There was no schedule for food drops, at least no real schedule because it was all based on rumors like, “Tonight they are gonna drop food from airplanes.” If you asked, “Who told you that?” the answer was “a guy who heard it from guy who heard…” So, of course, it was completely based on luck.

Sometimes, it would “fall down” every second night, or you heard it had fallen somewhere, it would be “I heard it from a guy who heard it…”

Sometimes it was 3-4 times per week. Of course, they dropped it, but that does not mean we could find any of the food. Other people would simply grab it before you.

Some folks headed for the hills every night in order to wait. People would choose one guy from family to go up every night and wait.

If those food drops had any schedule there where they loaded planes (as I understand later, the place was in an air base in Italy) it was completely lost on us down in the city in the chaos and empire of rumors.

You need to understand that in that time those planes were not the only ones to fly, so sometimes we were out waiting for food but actually other planes bombarded us.

But very early we learned to recognize the low humming sound of food planes, distant but powerful.

Now when I look back, it is weird how we trusted some of that information. For example, if we heard that food was gonna be dropped that night in some particular part of the city, some small area of some hill, people would go there.

A reasonable man would have thought, “Oh, so some poor ragged guy in the middle of civil war and information blockade suddenly has info on where several huge military airplanes are gonna do some operation?” Not to mention the fact that the whole city together with all the hills looked to those people in the airplanes like small dots.

It was nonsense. But we were hungry, scared, and in the middle of chaos without any real information, so people trusted in a lot of things, especially in good news.

Do not underestimate the power of rumors in hard times.

“Food drops” were performed for many cities in this area during the hardest part of the war. They helped on different levels.

Even today I find one of the happiest sounds to be the sound of MREs raining on a hard surface. I did not know the technical details (and still don’t) of how exactly that worked, but most of the things that were dropped would break apart in the air, so on the ground, it would “rain”.

It was like a lottery to be in the middle of that rain because the MREs were good stuff, and valuable, but some of the bigger stuff coming down could kill people. (It happened with bigger packages).

MREs were meals all in one package: food, sweet stuff, matches, even that hot sauce that was pretty handy when we want to add taste to some weird food that we ate or to mask a bad taste.

The Five “C’s” of Prepping