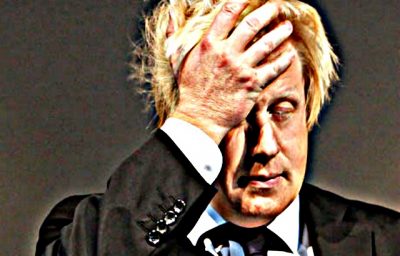 I have now received confirmation from a well placed FCO source that Porton Down scientists are not able to identify the nerve gas as being of Russian manufacture, and have been resentful of the pressure being placed on them to do so. Porton Down would only sign up to the formulation “of a type developed by Russia” after a rather difficult meeting where this was agreed as a compromise formulation. The Russians were allegedly researching, in the “Novichok” programme a generation of nerve agents which could be produced from commercially available precursors such as insecticides and fertilisers. This substance is a “novichok” in that sense. It is of that type. Just as I am typing on a laptop of a type developed by the United States, though this one was made in China.

To anybody with a Whitehall background this has been obvious for several days. The government has never said the nerve agent was made in Russia, or that it can only be made in Russia. The exact formulation “of a type developed by Russia” was used by Theresa May in parliament, used by the UK at the UN Security Council, used by Boris Johnson on the BBC yesterday and, most tellingly of all, “of a type developed by Russia” is the precise phrase used in the joint communique issued by the UK, USA, France and Germany yesterday:

This use of a military-grade nerve agent, of a type developed by Russia, constitutes the first offensive use of a nerve agent in Europe since the Second World War.

When the same extremely careful phrasing is never deviated from, you know it is the result of a very delicate Whitehall compromise. My FCO source, like me, remembers the extreme pressure put on FCO staff and other civil servants to sign off the dirty dossier on Iraqi WMD, some of which pressure I recount in my memoir Murder in Samarkand. She volunteered the comparison to what is happening now, particularly at Porton Down, with no prompting from me.

Separately I have written to the media office at OPCW to ask them to confirm that there has never been any physical evidence of the existence of Russian Novichoks, and the programme of inspection and destruction of Russian chemical weapons was completed last year.

Did you know these interesting facts?

By contrast the programme of destruction of US chemical weapons stocks still has five years to run.

Israel has extensive stocks of chemical weapons but has always refused to declare any of them to the OPCW. Israel is not a state party to the Chemical Weapons Convention nor a member of the OPCW. Israel signed in 1993 but refused to ratify as this would mean inspection and destruction of its chemical weapons. Israel undoubtedly has as much technical capacity as any state to synthesise “Novichoks”.

Until this week, the near universal belief among chemical weapons experts, and the official position of the OPCW, was that “Novichoks” were at most a theoretical research programme which the Russians had never succeeded in actually synthesising and manufacturing. That is why they are not on the OPCW list of banned chemical weapons.

Porton Down is still not certain it is the Russians who have apparently synthesised a “Novichok”. Hence “Of a type developed by Russia”. Note developed, not made, produced or manufactured.

It is very carefully worded propaganda. Of a type developed by liars.