The shameless liars that comprise the US media intentionally exaggerated the marchers against “gun violance” by four times the acutal number.

Why are the media presstitutes involved in advocacy of agendas and not in reporting factual news?

Recent polls show that a majority of Americans believe that gun ownership makes people safer. Americans do not believe that people should be denied safety because of an occasional nutcase or a staged shooting to advance the gun control agenda. Indeed, they wonder who is behind the gun control agenda. They wonder about the dumbshits who are protesting the Second Amendment instead of Washington’s rush into conflict with Russia.

I have no doubt that gun control groups are organized by agents of the police state. The United States is falling apart. All of the increase in income and wealth is going to the One Percent. Everyone else is hurting more each day. See Chris Hedges, for example: http://www.informationclearinghouse.info/49082.htm

The vast majority of Americans are being ground into the dirt by government at all levels. There is no democracy. There is only looting. The One Percent fear that sooner or later even insouciant Americans might rise up. But they can’t if they are disarmed. That is all gun control is about.

Deaths from what the propagandistic “gun violance” shills for the police state hype as a massive problem are such a small percentage of US deaths that they do not even show up statistically. Yet we have all this protest over an infintestimal number of deaths, and no protests at all by opponents of “gun violence” over police killings, which are larger that “gun violence” deaths or over America’s massive murders on a world scale. Where are the “gun violence” protests over the millions of deaths and millions of displaced peoples in Iraq, Libya, Somalia, Syria, Yemen, Afghanistan, Pakistan? Where are the “gun violence” protests against Trumpt’s chosen national security adviser John Bolton’s plan to bomb Iran and North Korea into the stone age?

They are nowhere to be found. How much more evidence do you need that the “gun violence” people are totally insensitive to real violence and only serve a police state agenda?

A reader sent me this . I don’t have the time to check it out. So some of you check it and let me know. If correct, I will acknowledged it, and also if incorrect.

This was posted by a friend on FB, I thought it worthy…

Sharing this data from a friend who has researched these statistics
thoroughly. There are 30,000 gun related deaths per year by firearms,
and this number is not disputed. The U.S. population is 324,059,091 as
of June 22, 2016 (the last searchable census numbers) Do the math:
0.00925% of the population dies from gun related actions each
year. Statistically speaking, this is insignificant! What is never
told, however, is a breakdown of those 30,000 deaths, to put them in
perspective as compared to other causes of death:

-65% of those deaths are by suicide, which would never be prevented by gun laws.

-17% are through criminal activity, gang and drug related or mentally
ill persons.

So technically, “gun violence” is not 30,000 annually, but drops to
5,100. Now lets look at how those deaths spanned across the nation:

So basically, 25% of all gun crime happens in just 4 cities. All 4 of
those cities have strict gun laws, so it is not the lack of law that
is the root cause. This basically leaves 3,825 for the entire rest of
the nation, or about 75 deaths per state -an average because some
States have much higher rates than others. For example, California had
1,169 and Alabama had 1.

Now, who has the strictest gun laws by far? California, of course, but
it is not guns causing this. It is a crime rate spawned by the number
of criminal persons residing in those cities and states. So if all
cities and states are not created equal, then there must be something
other than the tool causing the gun deaths. 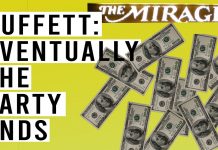