There are two main reasons why some people choose not to be preppers: Number one, they feel as though they will never find themselves in a SHTF scenario, and number two, they aren’t prepared to spend money on something that they may never have to use. While it is true that you may never need to put your survival skills and supplies to use, it’s better to be safe than sorry as the old saying goes, and you’ll be happy that you became a prepper when you and your family are caught in the middle of a real survival situation. Prepping doesn’t have to cost a lot of money, either. Even creating an emergency food supply can be relatively inexpensive if you know the right way to do it.

When it comes to emergency food supplies, one area that has been largely debated by survival experts is the question of how much food you should store for survival. There are many different opinions and suggestions out there, but really what it comes down to is your own bodily needs. It is up to you to know how many calories your body needs to keep going, and then plan accordingly.

As you probably could have guessed, there are certain ways to go about stockpiling food depending on how long you are planning on storing it for – that is, creating a 3-day emergency food supply is different than storing food for 90 days, and both are different than long term storage. Each of the above-mentioned time frames were outlined and discussed in a recent article published on PreppersWill.com.

It goes without saying that you should only store three days worth of food if you believe that you are in the middle of a short-term emergency situation. It’s worth noting, though, that you should never store pop-top cans in a short-term emergency food kit, because if they explode during a catastrophic event, then they will destroy everything else that you have stored in your food supply. Avoid storing salty foods as well as they will lead to dehydration.

For a 90-day food supply, focus on non-perishables and non-refrigerated items. Canned foods are great because they have a good shelf life and take up a relatively small amount of space, meaning that you can stockpile quite a few of them. Granted, it will cost you some extra money to stock up on enough canned food items to last you 90 days, but we’ll discuss ways you can cut back on expenses later. Also note that when it comes to storing water, it’s a good idea to store more than you will need for drinking, since some of it will be used for light cooking and sanitation.

For long-term food storage, you want to stock up on foods that contain 10 percent moisture or less. There are lists of food that you can find online that both contain 10 percent moisture and will provide you with the energy that you need to get you through the day. Stocking up on water for long-term storage will be an even bigger challenge, considering the fact that you would need an enormous amount of water bottles just to survive a couple of months. Therefore, you should focus your efforts on water purification. 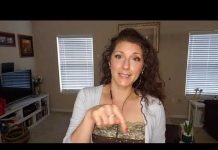 What You Should Be Doing NOW to Prepare for the Election

101 Easy Ways to Prep Every Day

What Is Happening to the Farms Which Used to Feed the World?