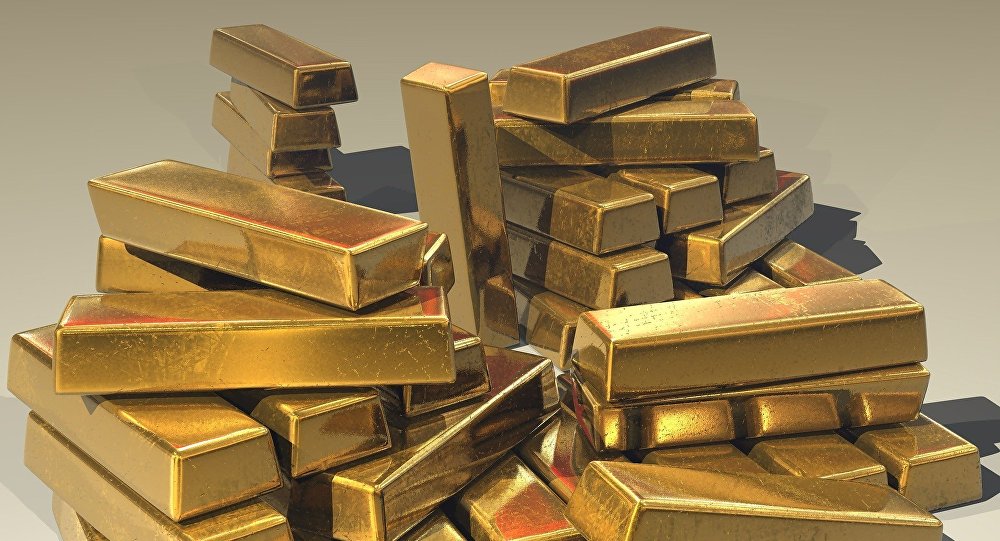 According to new statistics, Russia is currently the sixth-largest gold owner after the United States, Germany, Italy, France, and China.

Russia’s gold reserves spiked to $455.2 billion between March 2 and 9 hitting a historic high not seen since September 2014, the Central Bank announced earlier this week.

“Our international reserves increased by $2.9 billion or 0.6 percent in a single week, mainly on the strength of positive re-evaluation,” the regulator explained.

In late-January, President Vladimir Putin said that the country’s gold reserves were looking up and now stood at $442.8 billion.

According to World Gold Council data, in 2017 the Russian Central Bank became a world leader in terms of gold stockpile increase.

In September 2017, the Central Bank added 34.6 tons of gold to its reserves bringing the total yearly holdings to a record 1,778.9 tons – the biggest monthly increase since October 2016 making it the world’s sixth-largest gold owner after the United States, Germany, Italy, France, and China.

The Russian gold bullion reserves have increased by more than 500 percent since 2000.

According to the World Gold Council, Russia is not only the largest official buyer of gold but also the world’s third-biggest producer, with the Central Bank purchasing from domestic miners through commercial banks.

No War With China

This Is The Real Significance Of The “Chinese Spy Balloon” Saga…