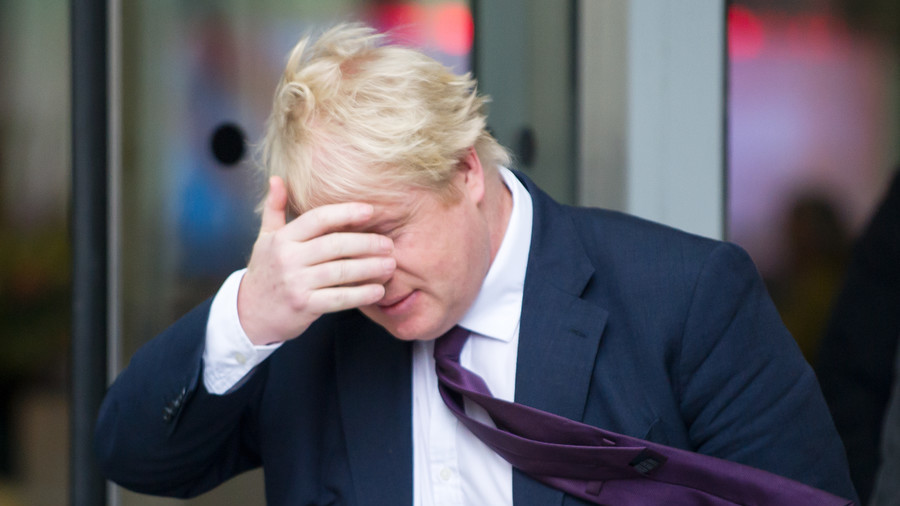 Boris Johnson has insisted that British chemical lab Porton Down told him the nerve agent used to attack the Skripals was definitely Novichok. However, court documents suggest there is no such certainty.

In an interview with Deutsche Welle on Thursday, the UK foreign secretary claimed that a Porton Down scientist was “absolutely categorical” in confirming to him that the source of the nerve agent, identified by the UK as A-234 – also known as Novichok – was Russian. Johnson said: “Let me be clear with you… the people from Porton Down, the laboratory… they were absolutely categorical and I asked the guy myself, I said, ‘Are you sure?’ And he said there’s no doubt.”

A judgment from the High Court on Thursday, however, has allowed new blood samples to be taken from Sergei and Yulia Skripal and analyzed by the Organization for the Prohibition of Chemical Weapons (OPCW).

In his judgment, Justice David Basil Williams included a summary of the evidence, revealing Porton Down’s analysis. The judgment, which includes sworn court evidence from a Porton Down chemical and biological analyst, reads: “Blood samples from Sergei Skripal and Yulia Skripal were analyzed and the findings indicated exposure to a nerve agent or related compound. The samples tested positive for the presence of a Novichok-class nerve agent or closely related agent.”

Former British ambassador to Uzbekistan Craig Murray wrote in his blog that the evidence therefore does not unequivocally confirm that the agent is Novichok. Murray also claimed that scientists at Porton Down have failed to find evidence of Russian “culpability.”

The judgment comes despite multiple affirmations from the UK government that the nerve gas came from Russia. The evidence given in court raises questions over the information provided by the government to parliament, the EU, NATO, the United Nations and the public.

On Sunday, Boris Johnson told BBC One’s Andrew Marr Show that Russia has “stockpiles” of the chemical weapon. “We actually had evidence within the last 10 years that Russia has not only been investigating the delivery of nerve agents for the purposes of assassination, but it is has also been creating and stockpiling Novichok,” Johnson said. The following day, he said in Brussels that Russia was “not fooling anyone” with its “increasingly absurd” denials of engineering Novichok to attack the Skripals.

On March 13, Theresa May gave Moscow a midnight deadline to prove that they hadn’t manufactured the chemical weapon used in the Salisbury attack. In a statement to the House of Commons, the prime minister said the evidence showed that Skripal had been targeted by a “military-grade nerve agent of a type developed by Russia.” When Moscow asked to see samples of the agent before responding to May’s ultimatum, she told MPs in the House of Commons that “there is no alternative conclusion other than that the Russian state was culpable for the attempted murder of Sergei Skripal and his daughter…”