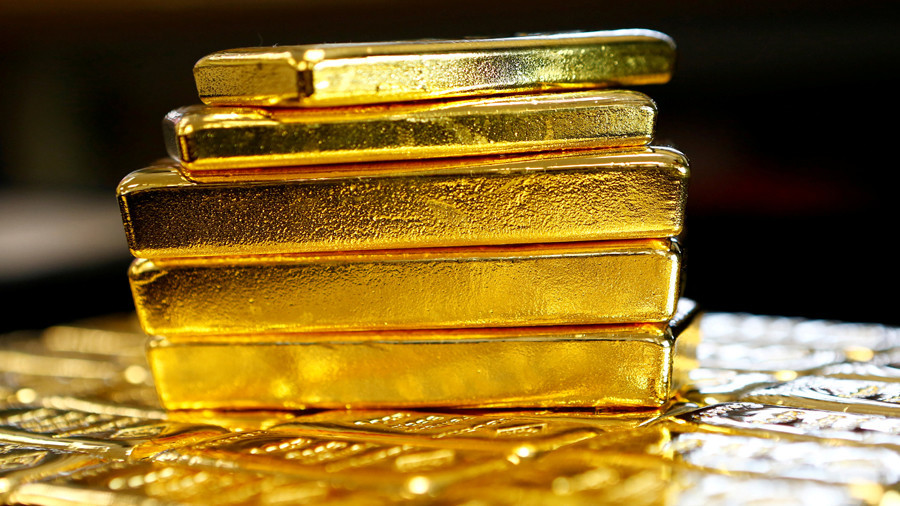 Gold price suppression by the world’s central banks is a well-documented fact, according to Singapore’s BullionStar precious metals expert Ronan Manly. He explained to RT.com why that’s the case.

In fact, gold is a special case. Gold to central bankers is like the sun to vampires. They are terrified of it, yet in some ways they are in awe of it. Terrified since gold is an inflation barometer and an indicator of the relative strength of fiat currencies. The gold price influences interest rates and bond prices. But central bankers (who know their job) are also in awe of gold since they respect and understand gold’s value and power within the international monetary system and the importance of gold as a reserve asset.

So central banks are keenly aware of gold, they hold large quantities of it in their vaults as a store of value and as financial insurance, but they are also permanently on guard against allowing a fully free market for gold in which they would not have at least some form of influence over price direction and market sentiment.

The Bank for International Settlements (BIS) crops up frequently in gold price manipulation as the central coordination venue and the guiding hand behind a lot of the gold price suppression plans. This is true in all decades from the 1960s right the way through to the 2000s. If you want to know about central bank gold price manipulation, the BIS is a good place to start. Unfortunately the BIS is a law onto itself and does not answer to anyone, except its central banks members.

In the 1960s, central bank manipulation of the gold price was conducted in the public domain, predominantly through the London Gold Pool. This was in the era of a fixed official gold price of $35 an ounce. Here the US Treasury and a consortium of central banks from Western Europe explicitly kept the gold price near $35 an ounce, coordinating their operation from the Bank for International Settlements (BIS) in Basel, Switzerland, while using the Bank of England in London as a transaction agent. This price manipulation broke down in March 1968 when the US Treasury ran out of good delivery gold, which triggered the move to a “free market” gold price.

Central banks continued to surpress gold prices in the 1970s both through efforts to demonetize gold and also dump physical gold into the market to dampen price action. These sales were unilateral e.g. US Treasury gold sales in 1975 and over 1978-1979, and also coordinated (and orchestrated by the US) e.g. IMF gold sales across 1976-1980.

Collusion to manipulate the price also went underground, for example in late 1979 and early 1980 when the gold price was rocketing higher, the same central banks from the London Gold Pool again met at the opaque BIS in Switzerland at the behest of the US Treasury and Federal Reserve in an attempt to launch a new and secretive Gold Pool to reign in the gold price. This was essentially a revival of the old gold pool, or Gold Pool 2.0.

These meetings, which are not very well known about, were of the G10 central bank governors, i.e. at the highest levels of world finance. All of the discussions are documented in black and white in the Bank of England archives and can be read on the BullionStar website.

The wording in these discussions is very revealing and show the contempt which central bankers feel about a freely functioning gold market.

Phrases used in these meetings include:

“there is a need to break the psychology of the market” and “no question of any permanent stabilisation of the gold price, merely at a critical time holding it within a target area” and “to stabilise the price within a moving band” and “it would be easy and nice for central banks to force the price down hard and quickly”.

Lior Gantz – The [CB] Globalist System Is Coming To End, A New Economy Is Being Born