by Robert Mendick, The Telegraph:

A Russian agent convicted of spying for Britain was fighting for his life last night amid suspicions he was poisoned in a shopping centre in Wiltshire.

Sergei Skripal, 66, was in intensive care after being exposed to a mysterious substance as he sat on a bench in the centre of Salisbury. A 33-year-old woman who was with him, is also in critical condition. Both had collapsed and were unconscious when they were discovered.

Reports suggest Col Skripal had recently gone to police claiming he was fearing for his life.

The incident comes a little over a decade after the murder of Alexander Litvinenko, the former Russian agent who was poisoned by radioactive polonium in a London hotel.

Colonel Skripal, 66, a former Russian intelligence agent with the FSB, was jailed in Moscow for spying for Britain but had arrived in the UK in 2010 as part of a prisoner exchange. Anna Chapman, a Russia-born secret agent who had acquired British citizenship and who was detained by US authorities, was sent back to Russia along with nine other agents.

Litvinenko’s widow Marina Litvinenko told the Telegraph last night: “It looks similar to what happened to my husband but we need more information. We need to know the substance. Was it radioactive?”

Colonel Skripal and his female companion was discovered on Sunday afternoon. An eyewitness told how she saw the pair seemingly “frozen” in place.

Georgia Pridham, 25, had been for a hen do lunch and was walking back to her friend’s car when she saw the couple slumped on a bench.

She told the Telegraph: “He was quite smartly dressed, which caught my eye. He had his palms up to the sky as if he was shrugging and was staring at the building in front of him. 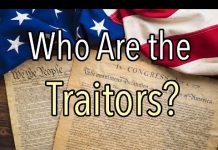 Bite the Bullet or Extend & Pretend? Unemployment in Europe 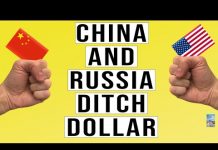 China and Russia Ditch U.S. Dollar! Is the Debt Based PetroDollar At the End?