Sometimes an article comes along that is so well-written and stunning in its implications that I hesitate to blog about it at all, and simply put it into the “tidbits” category in the hopes that people will read it.  This article, shared by Mr. V.T., is one of those articles. Yet I think that if I were to do that people might not read it, and that would be bad. The problem is, however, that anything I might say would mar the implications of the article. The article is long, but the implications are wide and profound. In fact, it’s an article that I strongly suspect some of you will save, it’s that important, and that good. Nevertheless, I do want to say a few things about the article, both by way of introduction, and my usual commentary on one or two key paragraphs. I would ask that the reader read my blog first, or at least the section “About Meta-Analysis”, and then the actual article.

That the advent of the internet changed everything has become both a mantra and a truism. What is not widely known by the public is that it created a whole new form of data-analysis called “meta-analysis,” and a brief overview of this technique is necessary before reading the article, because the main argument of the article depends to a certain extent on this type of analysis, so it is essential to understand it, and what it cando, and cannot do. We all have a general idea of what scientists do when they analyze data. They “crunch the numbers” that result from their experiments, and then publish those results in professional journals, where other people in that field of science read them and debate the conclusions. That, anyway, is more or less how it’s supposed to work. The articles are about the hard data. But as the internet arose, and more and more articles were archived and stored digitally, this opened a whole new way of analyzing data, for with this database and the addition of search engines, it became possible to analyze not the data in the articles, but the number of articles published on defined topics.

As a result, it became possible to look not for causes and effects, which would be more or less the purpose of individual articles themselves, but to look for significant and statistically undissmissible, or statistically significant correlations between types of data.  In other words, meta-analysis is not about causes, but about correlations. It’s saying “Look at this relationship, it’s significant, it needs examination to see if there is a causal connection.” Meta-analysis suggests causal relations on the basis of data correlations.  This is quite the crucial point, as the author of this article, James Lyons-Weiler, Ph.D., does not fall into the trap of deducing causes from correlations. Indeed, as we’ll see, he even avoids the trap of saying “Vaccines are bad”, but rather suggests that certain compounds and elements found in certain types of vaccines are the real root of the problem (e.g., Thimerosol, aluminum, &c.). One would be hard-pressed to debate that conclusion, for Jenner’s small pox vaccine, for example, did not contain Thimerosol and, so far as I’m aware, aluminum or any of the other compounds or elements that have been identified as problematical over the past few years. The technique of vaccination is not the problem; the content of individual vaccines is. With this in mind, we turn to

With these thoughts in mind, here is Lyon-Weiler’s basic meta-analysis in his own words:

Crohn’s. Lupus. Autism. ADHD. Food allergies. Celiac disease. Sjögren’s syndrome. Polymyalgia rheumatica. Multiple sclerosis. Anklyosing spondylitis. Type 1 diabetes. Vasculitis. Peripheral neuropathy. The list goes on, and on, and on. We are being increasingly diagnosed with these conditions and diseases of unknown origin, and science has very little to say — why would autoimmune diseases and mysterious diseases of inflammation be so prevalent? When did this increase start?

As an observer and participant in modern biomedical research, and a lover of deep history, I tend to focus not on the immediate or last few years, but look for trends of accumulating risk over longer periods of time. Seeking an answer to the question of “when”, I used Pubmed to estimate, per yer, the number of studies and papers discussing diseases and conditions of unknown origin. I search for the term “unknown causes”, and also for the term “journal” to get some idea of the percentage of studies, papers and editorials discussing disease of unknown causes. I had no idea what to expect.

Lyons-Weiler did two searches, first for articles with the word “journal”, and then:

Next I searched for “Unknown Causes”, and calculated the number of articles citing unknown causes per 10,000 articles (again, relative denominator term). 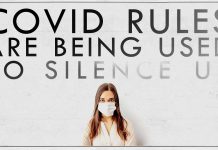 Are Covid Rules Being Used to Silence Us?