by Prepper’s Gab, via Alt Market:

If you’re like most preppers, you’re already a stockpiling pro. You’ve got food, supplies, a bugout bag, the perfect weapons, and a great plan. Chances are high that you’ve also begun stockpiling ammunition like a reality TV hoarder. Having a million rounds of ammo is great, but without proper storage those potential projectiles will be nothing more than a heap of brass–or worse, an accident waiting to happen.

Over time, heat, moisture, and corrosion can wreak havoc on an ammunition supply. Cartridges can weaken and break, primers can lose their zing, and bullets can even corrode and lose mass, making them a safety hazard to fire. Avoid all these potential risks by using these 9 tips for storing your ammunition.

Sometimes the best offense is a good defense. This is certainly the case with proper ammunition storage. Starting out with the right ammo is essential to keeping up your long-term arsenal. There are quality versions and terrible versions of every type of ammunition possible. Avoid buying extremely cheap ammo. You never know the history of the ammo you buy, and there’s a small chance that extremely cheap ammo is a production reject.

In addition, do not buy ammunition that is already old. Any ammo over 10 years old should be avoided, since you can’t guarantee it was stored properly the whole time. Make sure any ammunition you purchase is completely intact, without any broken seals or ripped boxes. As always, don’t store any ammo that hasn’t been personally inspected by you.

Storing and using your ammo should be like storing and using any stockpiled perishable items. Label your cases of ammunition with the date you bought them and use the oldest dated rounds first. This will ensure that you never leave an old box of ammo in the back for a long of time.

The best way to store ammunition is in plastic bags inside ammunition boxes that have a rubber seal (to keep moisture out), and placed in a cool, dark area. Rounds that have been exposed to heat may be defective, and this is what you’re looking to avoid most. While you probably don’t have to worry about wrecking your ammunition on one hot afternoon–that won’t start to happen until at least 150 degrees–but over time the heat degrades the performance of your rounds. Be sure to find a cool dark place that isn’t also damp, as this defeats the purpose. Humidors are for cigars, dry boxes are for ammo.

The number one killer of ammunition is humidity. Storing your rounds in a damp environment is a surefire way to cause corrosion and powder damage. Fortunately there are many options for avoiding this fate involving the use of desiccants. A desiccant is anything that absorbs water. Some materials do this chemically, while others do this physically, like the clay desiccant.

Sodium bentonite and calcium bentonite are great clay desiccants that absorb moisture wonderfully. You can purchase these in the form of Desi-Paks, which are safe enough even to use with food. While not the most inexpensive option, clay desiccants are a great way to keep your ammo good to go.

Similar to clay desiccants, and usually even more effective, Silica gel packets also absorb moisture and can be used by dropping packets into your ammo canisters. Silica gel packets can be easily purchased online and are an inexpensive yet reliable way to keep your ammo safe. Another perk of using Silica gel packets is that you can tell when they need to be switched out. You can get packets that change color when they’ve absorbed as much moisture as possible, letting you know when to replace each packet.

If you’re in a pinch, or don’t have much time to prepare in a doomsday scenario, you can create a great homemade desiccant out of salt and rice. Uncooked rice will keep your ammo dry in the same way that it absorbs moisture in a jar of sugar. Adding the salt will also keep the rice from spoiling as quickly. Simply mix some uncooked rice with some salt and tie it up in tissue or a fine mesh cloth.

An additional tip for making the most out of your moisture defense is to use vacuum sealed bags. While squeezing the air out of plastic bags will work decently, storing ammo in a vacuum sealed bag is the best way to ensure no air–and therefore no moisture–makes it into the presence of your ammunition. This is an especially useful tip if you want to store thousands of rounds in one bag. Simply vacuuming out any air is much easier than trying to squeeze air out of a trash bag-sized storage option.

8. CHECK FOR SIGNS OF CORROSION FREQUENTLY

Be vigilant about your ammunition storage. After packaging up your ammo nicely in vacuum sealed bags with moisture-wicking materials and placing it in a cool, dry place, don’t simply forget about it and hope it will last 40 years. Schedule ammunition checks to make sure your rounds aren’t corroding or becoming exposed to heat. Using clear plastic in your vacuum sealing is ideal for this, as you don’t have to undo the hard work you did sealing your rounds off from the outside world.

In reality, the best way to store your ammunition is to avoid it altogether. Using ammo is better than storing ammo, and if you have the know-how and the ability, reloading your ammo is a great way to make sure you always have fresh munitions. If you embark on this endeavor, spare no expense. Learn the metallurgy involved; what makes bullets weak and strong, what makes them fly faster and slower, and the best methods to use for casting them. Purchase as precise a collection of instruments as possible, because even the smallest variations can impact your shooting experience.

Ep. 1496 You’ve Been Warned, The Second Amendment Under Attack – The Dan Bongino Show 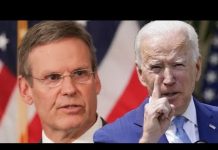 LUCKILY, STATES ARE ALREADY GEARING UP FOR A FIGHT AGAINST BIDEN’S GUN CONTROL EXECUTIVE ORDER!+NEWS