Critics of “New Age” monetary policy have been predicting that central banks would eventually run out of ways to trick people into borrowing money. There are at least three reasons to wonder if that time has finally come:

Wage inflation is accelerating
Normally, towards the end of a cycle companies have trouble finding enough workers to keep up with their rising sales. So they start paying new hires more generously. This ignites “wage inflation,” which is one of the signals central banks use to decide when to start raising interest rates. The following chart shows a big jump in wages in the second half of 2017. And that’s before all those $1,000 bonuses that companies have lately been handing out in response to lower corporate taxes. So it’s a safe bet that wage inflation will accelerate during the first half of 2018.

The financial markets are flaking out
The past week was one for the record books, as bonds (both junk and sovereign) and stocks tanked pretty much everywhere while exotic volatility-based funds imploded. It was bad in the US but worse in Asia, where major Chinese markets fell by nearly 10% — an absolutely epic decline for a single week.

Normally (i.e., since the 1990s) this kind of sharp market break would lead the world’s central banks to cut interest rates and buy financial assets with newly-created currency. Why? Because after engineering the greatest debt binge in human history, the monetary authorities suspect that even a garden-variety 20% drop in equity prices might destabilize the whole system, and so can’t allow that to happen.

The conclusion: Central banks have to cut rates and ramp up asset purchases, and quickly, before things spin out of control.

So – as their critics predicted – central banks are in a box of their own making. If they don’t raise rates inflation will start to run wild, but if they don’t cut rates the financial markets might collapse, threatening the world as we know it.

There’s not enough ammo in any event
Another reason why central banks raise rates is to gain the ability to turn around and cut rates to counter the next downturn.

But in this cycle central banks were so traumatized by the near-death experience of the Great Recession that they hesitated to raise rates even as the recovery stretched into its eighth year and inflation started to revive. The Fed, in fact, is among the small handful of central banks that have raised rates at all. And as the next chart illustrates, it’s only done a little. Note that in the previous two cycles, the Fed Funds rate rose to more than 5%, giving the Fed the ability to cut rates aggressively to stimulate new borrowing. But – if the recent stock and bond market turmoil signals an end to this cycle – today’s Fed can only cut a couple of percentage points before hitting zero, which won’t make much of a dent in the angst that normally dominates the markets’ psyche in downturns. 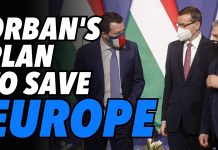