China is struggling to rein in the yuan in its global currency chess game against the United States, the Wall Street Journal reports.

Independent media is under attack — and we need your help to save it! Click here to become an Anti-Media patron.

According to the WSJ, after spending most of last year defending the yuan, China’s central bank is looking to “rein” in its recent ascent, which has been a notable climb compared to the dollar. From the WSJ:

“Driven by an unexpectedly prolonged softening of the dollar, the Chinese currency has surged to around its strongest level against the greenback since its surprise devaluation in August 2015. The yuan is now on track for its best monthly performance since April 1980, rising 3% against the dollar so far in January.” [emphasis added]

Just last Friday, the yuan made a further 0.2 percent gain against the dollar.

The WSJ describes this success as somewhat of a “policy headache” for the Chinese government, which regularly devalues its own currency to maintain an edge in exports. If the yuan keeps increasing, government advisers and analysts predict it “could encourage speculative fund flows from overseas and hurt exports amid already rising trade tensions between China and the Western world, particularly the U.S,” the WSJ reports.

“This is not what the central bank would like to see,” said Xiao Lisheng, a senior economist at the Chinese Academy of Social Sciences, a government think tank.

“The central bank wants the renminbi (yuan) to move up and down according to market supply and demand,” he added. “Now it’s basically being held hostage by the dollar index.”

However, despite this, one thing the WSJ fails to mention is the fact that the U.S. is fast losing its control over the global financial market as country after country begins adopting the yuan for global trade.

The issue for China, of course, is that in return, a weak yuan brings in a ludicrous amount of money into the country from its trade with the U.S. As the WSJ explains: 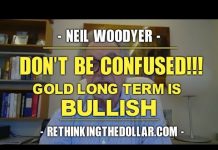