Just when you thought things in the socialist South American utopia could not get any worse, The Guardian reports that a Venezuelan soldier is being held after opening fire on a group of citizens tussling over scarce meat and killing a pregnant teen.

Alexandra Colopoy was shot by First Sergeant David Rebolledo, according to a tweet by the state prosecutor late on Sunday night. No further details were provided, but critics of President Nicolás Maduro’s leftwing government seized on the incident, calling it a stark example of the oil-rich country’s meltdown.

“This is how the murderous regime treats the people,” opposition lawmaker Delsa Solorzano tweeted on Monday.

“The sorrow of this man, whose wife and baby to be were killed by a bullet from the state, is Venezuela’s sorrow.”

Local media reported that Colopoy’s husband and a witness said the soldiers were drunk when they arrived at the queue for pork in a poor area of Caracas. They said the soldiers ordered the people waiting in line to move on because the traditional Christmas meat had run out, but they refused.

“She fell to the ground,” he said, adding his wife was five months pregnant. His brother Alejandro was also shot, but was recovering, he said. 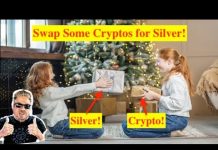 Alternative Economists Were Right – the Stagflation Crisis Has Arrived