So… in the past week, I’ve been asked for advice on Bitcoin by my brother-in-law, my local realtor, and close friends from as far away as Texas.

None of them cared to learn what it actually is. Or how it works. They just wanted to understand why suddenly so many folks they know are trying to buy Bitcoin hand over fist. And, of course, should they buy in now, too?

If you (or people you care about) have similar questions, this report is for you.

Remember the scene from the movie Avatar, where the main character first explores the alien world of Pandora? I found that scene astonishing and beautiful. He’s encountering an entirely new and completely foreign ecosystem.  Every element is fascinating and wondrous, even the dangerous elements — yet it all still follows understandable rules.

Everything is involved in either gathering sunlight or eating something else that had. Every niche is filled. Every organism has its own strategy: some light up, some fly, some run, some crawl. As entirely alien as everything is, if you understand the basics of how organisms filled their niches on Earth, you have a great starting point for understanding of the rules of life on Pandora.

Similarly, a great way to begin to understand the new world opened up by Bitcoin (and the other cryptocurrencies) is to realize that it’s an ecosystem that, at its heart, maps neatly into the universe you already understand. A few examples: payments, identity, contracts, verification, and record keeping (ledgers).

As with any ecosystem in nature, a new organism will survive and flourish if and only if it’s more efficient and effective than the prior model. For example, nothing has displaced sharks in the past 425 million years because they’re extremely efficient in their niche. To displace them, a new ocean predator would have to come along that does what they do faster, better, and (energetically) cheaper.

So the operative questions we need to keep in mind when looking at the brave new world of digital currencies are: What problem(s) are they solving?, and, Are their solutions faster, better, and/or cheaper?

These are critical questions to answer. When a new technology is first introduced, all manner of fanciful thinking can cloud people’s better judgment with dreams of easy riches. Think back to 1999: as long as “dot com” was added to the end of a business’ name, it could raise abundant funds to pursue all manner of impractical ideas. How well did that work out? Just as Pets.com, Webvan.com and eToys.com.

Investors would have benefited from demanding clear answers to these basic questions of these companies before shoveling money into all the dot-com companies that eventually went bust. It would have prevented a lot of perfectly good capital from getting vaporized.

Over the years, Peak Prosperity has presented a number podcasts and articles explaining Bitcoin and the digital currencies. We interviewed with the chief Bitcoin architect in 2013, Gavin Andresen, and have run several lengthy reports on understanding the cryptocurrency boom. These previous works are worth taking the time to read/listen to if you’re looking to deepen your understanding of crypto technology and its value proposition.

As Charles Hugh Smith wrote for us back in January 2017 (when Bitcoin was trading at a paltry $600):

Let’s say a mere 1/10th of 1% of total global financial assets migrates into bitcoin. That equates to a price of $17,000 per bitcoin. That’s quite a rise from its current price of $580.

This is pure speculation, of course; some new scandal could emerge tomorrow that might cut bitcoin’s value in half.

The point is that value is ultimately driven by demand, and demand is driven by utility. As bitcoin’s utility increases in a world of rising financial repression, capital controls and expropriations, devaluations, etc., the demand for bitcoin will likely rise as well. (Note the rise in daily transactions in the chart posted in Part 1.)

And as bitcoin’s stability and valuation increase, the potential for a self-reinforcing feedback loop increases: as bitcoin’s value rises, it attracts more capital, which pushes prices higher, and so on.

That was a very bold call to make. But, just 12 months later, Bitcoin is now currently trading at Charles’ projected $17,000 target.

A staggering amount has happened since we started following this space in 2013. To assess what happens from here, we now need to broaden our understanding of this vast new ecosystem — with all its new entrants — that is evolving so rapidly.

Let’s start by getting our terminology in order. As not all of the related technologies and applications in this space are currencies, the entire range of digital solutions in this new ecosystem, of which Bitcoin is the current alpha organism, are best termed ‘digital assets.’

Digital currencies are representations of money that only exist in digital form. We might consider airline miles a form of digital currency. You cannot own any physical airline miles, only digital ones. But by controlling them in your account you can ‘spend’ or redeem them for a wide variety of valuable things. Digital currencies tend to be centralized, meaning that their main record keeping (ledger) functions are housed in a given entity. For example, your frequent flier miles account would be found in a database at American Airlines if that’s an airline of choice for you.

Cryptocurrencies, like Bitcoin, are a type of digital currency. Cryptocurrencies rely upon algorithms and protocols to reliably transmit information (such as a given quantity of Bitcoin) from party A to party B. Two features of the transmission method involve independent verification of the transaction and having a distributed ledger, meaning there’s no one central spot (like a bank repository or single database) that keeps the records. Records are kept by all of the participants in the ecosystem (more on this later) and because of this, the “crypto” portion does not automatically imply ‘anonymity’ as many mistakenly assume. Because the records of cryptocurrency transactions are held by everyone (instead of just someone), they are said to be decentralized.

Other digital assets are springing up all over the place. They are designed to solve or address very specific business needs and problems such as contracts, personal identity or shared ledgers. They are not currencies per se, nor are they trying to be — although they may issue coins as a means of allowing ownership of a part of the network, or funding the start-up phase of the underlying company.

One example is Corda which is a shared, distributed ledger targeted at the financial industry to improve contracts and basic financial ledger functions — such as how much money you have on deposit there, or which shares of stock are held in your name:

Silver’s market manipulation is your way in 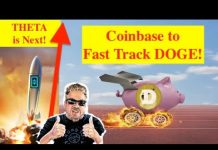