As America is dealing with a record-breaking cold snap and a weird storm hitting the East Coast, some folks are having to handle the whole thing with the power out also. But we all know that at least this time, our situation is temporary. Most of us have power, and those who don’t will have it restored within a few days. But what if you had to stay warm during a long-term SHTF situation?

After your warm response to Selco’s story about Christmas during the SHTF in Bosnia, I hired him to start writing for us more often. Today, he shares with us what it was like to try and stay warm during an entire year in a war zone without any type of utilities. It’s a lot of information, and we can apply this to our preps.

Selco’s information is incredibly valuable because he has actually been through what we plan for during our preparedness endeavors. He teaches this information in-depth on his website, SHTF School.  Let’s get started.

The US is dealing with quite a cold snap right now, and it got me thinking about your SHTF year in Bosnia. First of all, what is the winter like there? How cold does it get and what is the climate?

Sounds weird but after experiencing snow and -20 during SHTF and Bora at -2, I had most problems with that wind and -2 Celsius simply because it lowers your body temperature fast and suddenly.

Did you have any public utilities at all during this time?

All public utilities went off in first few weeks one by one. Electricity, water, heating (city central heating service) and phone lines, etc.

Did most people have homes with fireplaces or off-grid heating methods before this time period? Or were the homes modernized to the point that they were not functional?

During the late 70s and early 80s in the region, there was huge effort in modernizing cities heating services (partly because pollution) so majority of city apartment buildings and part of private houses were “connected“ on a public central heating system, either on natural gas or oil fuel (hot water system in radiators, through piping system)

As a result of that, building apartments had no fireplaces, even if they had places for smoke exhaust (vertical flue that provides a path through which smoke from a fire is carried away through the wall or roof of a building- exhaust) they were not in operating condition because nobody needed it for 20 years or so. They were clogged, destroyed, blocked, or similar.

Time To Focus On God, Groceries, Gold And Guns And Batten Down The Hatches As America’s Financial House Of Cards Comes Crashing Down: Pray,... 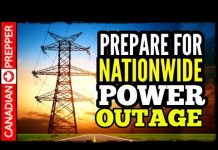