Protests have been reported across several cities in Iran over the last  several days of December 2017. Protesters allegedly decry Iran’s economy as well as the nation’s involvement in nearby Syria.

The Western media has attempted to cultivate two narratives – one focused on portraying the protests as widespread, spontaneous, and having focused first on “economic grievances” before becoming political – another narrative openly admitting to US involvement and praising US President Donald Trump for “standing up” to the “Iranian regime.”

Of course, neither narrative is even remotely grounded in reality.

US Meddling in Iran Stretches Back Decades

US regime-change operations targeting Iran stretch back decades and have continued within a singular geopolitical strategy, regardless of who has occupied the White House, including under the more recent US administrations of George Bush, Barack Obama, and now Donald Trump.

While pro-war circles in the US claim the 1979 Iranian Revolution was an instance of Iran drawing first blood, the revolution was in fact a direct response to then already decades of US meddling in Iran stretching back as early as 1953 with the US Central Intelligence Agency’s Operation AJAX.

Regarding Operation AJAX, in an entry on the CIA’s own website titled, “All the Shah’s Men: An American Coup and the Roots of Middle East Terror,” it admits (emphasis added):

The target was not an oppressive Soviet puppet but a democratically elected government whose populist ideology and nationalist fervor threatened Western economic and geopolitical interests. The CIA’s covert intervention—codenamed TPAJAX—preserved the Shah’s power and protected Western control of a hugely lucrative oil infrastructure. It also transformed a turbulent constitutional monarchy into an absolutist kingship and induced a succession of unintended consequences at least as far ahead as the Islamic revolution of 1979—and, Kinzer argues in his breezily written, well-researched popular history, perhaps to today.

The article – a review by the CIA’s own history staff of a book regarding Operation AJAX – admits that US policy regarding Iran merely picked up where the British Empire left off in an effort to reassert rapidly-slipping Western control over the globe. In no way was US efforts to undermine and control the government of Iran described in terms of protecting US national security or promoting democracy – and in fact was characterized instead as undermining Iranian self-determination.

It is this admission that reveals the core truth of today’s tensions between Iran and the United States. The West still seeks to reassert itself and its economic interests in the Middle East. Notions of “freedom,” “democracy,” as well as threats of “terrorism,” “nuclear holocaust,” and even the ongoing conflict with nearby Israel, Saudi Arabia, and other Persian Gulf States are but facades behind which this self-serving neo-imperial agenda is pursued.

Today’s Protests Openly Plotted by US Policymakers for Years

The Brookings Institution in its 2009 “Which Path to Persia? Options for a New American Strategy toward Iran,” report dedicated an entire chapter to plotting the overthrow of the Iranian government.

Because the Iranian regime is widely disliked by many Iranians, the most obvious and palatable method of bringing about its demise would be to help foster a popular revolution along the lines of the “velvet revolutions” that toppled many communist governments in Eastern Europe beginning in 1989. For many proponents of regime change, it seems self-evident that the United States should encourage the Iranian people to take power in their own name, and that this would be the most legitimate method of regime change. After all, what Iranian or foreigner could object to helping the Iranian people fulfill their own desires?

The paper then admits:

The true objective of this policy option is to overthrow the clerical regime in Tehran and see it replaced, hopefully, by one whose views would be more compatible with U.S. interests in the region.

In essence, Brookings quickly admits that its “velvet revolution” would be the fulfillment of Washington’s desires, not the Iranian people’s – pursued merely under the guise of helping Iranians fulfill their own desires. As the CIA itself admits in its own historical records that US “interests in the region” are based on economic exploitation and the enrichment of Wall Street and Washington, not lifting up, empowering, or enriching the Iranian people.

It is an open admission regarding US designs for Iran demonstrated on multiple occasions elsewhere from Iraq to Libya to Syria to Ukraine and Yemen – what is promoted as progressive political revolution supported by the “democratic” West is in fact the destruction and subjugation of a nation, its people, and its resources at the cost of global peace and prosperity.

Creating an Opposition from Whole Cloth

The United States could play multiple roles in facilitating a revolution. By funding and helping organize domestic rivals of the regime, the United States could create an alternative leadership to seize power. As Raymond Tanter of the Iran Policy Committee argues, students and other groups “need covert backing for their demonstrations. They need fax machines. They need Internet access, funds to duplicate materials, and funds to keep vigilantes from beating them up.” Beyond this, U.S.-backed media outlets could highlight regime shortcomings and make otherwise obscure critics more prominent. The United States already supports Persian language satellite television (Voice of America Persian) and radio (Radio Farda) that bring unfiltered news to Iranians (in recent years, these have taken the lion’s share of overt U.S. funding for promoting democracy in Iran). U.S. economic pressure (and perhaps military pressure as well) can discredit the regime, making the population hungry for a rival leadership.

It should be noted that economic and military pressure were both cited by the BBC and other Western news sources as “grievances” by the so-called “opposition” amid Iran’s most recent protests.

Brookings lists “intellectuals,” “students, labor, and civil society organizations” under a subsection of the chapter titled, “Finding the Right Proxies.”

…if the United States ever succeeds in sparking a revolt against the clerical regime, Washington may have to consider whether to provide it with some form of military support to prevent Tehran from crushing it.

The report continues by stating:

…if the United States is to pursue this policy, Washington must take this possibility into consideration. It adds some very important requirements to the list: either the policy must include ways to weaken the Iranian military or weaken the willingness of the regime’s leaders to call on the milit
ary, or else the United States must be ready to intervene to defeat it. 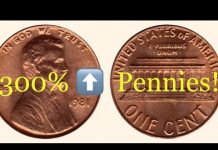