Throughout gold rush and gold mining history, the discovery of a large gold nugget is a phenomenon which always causes excitement throughout a mining community as well as capturing the wider public’s imagination. It has probably something to do with so much gold being found at the same time, often with relative ease.

The world’s largest surviving gold nugget is the Pepita Canaã (Canaan Nugget) which was found by miner Júlio de Deus Filho in the Serra Pelada (‘Naked Mountain’) gold mining region of Brazilian state of Pará in 1983.

The Pepita Canaã gold nugget has a gross weight of 60.82 kgs and contains 52.33 kgs of gold, or 1682 troy ounces of gold. The “Canaan” gold nugget was purchased by the Banco Central do Brazil in 1984, and is now on display in the “Gold Room” of the central bank’s money museum (Museu de Valores do Banco Central in Brazil) in Brazil’s federal capital Brasilia.

Notably, the source nugget from which the Pepita Canaã nugget came was actually larger, but it split into several pieces while being removed from the ground.

In the early 1980s, Serra Pelada became known as one of the world’s most notorious gold mining areas when over 100,000 freelance miners flocked there to engage in open air gold mining excavations in vast, dangerous, and crowded conditions. The Serra Pelada has essentially been closed since the late 1980s and gold mining is no longer possible due to flooding and government prohibitions. However, Brazil is still a significant gold producer, with gold production output in 2016 totalling 80 tonnes, according to the US Geological Survey (USGS).

The world’s second largest surviving gold nugget is the “Great Triangle”. This gold nugget was found in the Miass area of the Russian Urals mountains in 1842 by Nikofor Syutkin. It has a gross weight of 36.2 kgs and a gold assay of 91%, meaning that it has a fine gold content of 32.94 kgs, or 1059 troy ounces of gold. The “Great Triangle” has dimensions of 31 cms * 27.5 cms * 8 cms, and as the name suggests,  it is triangular in shape. When found, it was dug up from a depth of about 3.5 metres.

The Great Triangle gold nugget is owned by the Russian State, and through the Gokhran Fund (State Fund for Precious Stones and Precious Metals), it is currently on display in the ‘Diamond Fund‘ collection in the Kremlin in Moscow. The Diamond Fund is an extensive  permanent exhibition of the Russian state’s crown jewels, precious stones and gold and platinum nuggets.

While the Urals was one of Russia’s first gold mining areas, today, there are extensive gold mining operations in many areas of the Russian Federation, particularly in the East of the country. Russia is currently the world’s 3rd largest gold producer, with mining production output of 250 tonnes of gold in 2016. 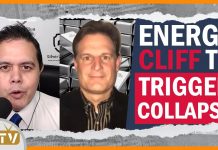