Happy New Year! We always approach a new year with anticipation, hope, and also some worries. Last year was one of the strangest political years I have seen in some time. A new Republican president spent his first year pursuing more or less the same foreign policy as his Democratic predecessor and the Democratic Party spent the year looking under every rock in the US for a “Russian connection” or any other reason to see him impeached over it.

The neocon-dominated foreign policy establishment on both the Left and Right were so furious that candidate Trump dared suggest we could get along with our “enemies” overseas that they jumped on the impeachment bandwagon — even though once he became president Donald Trump filled his Administration with neocons and began dropping bombs.

Like “peace candidate” Obama, Donald Trump quickly dropped his “get along with others” rhetoric to become just another aggressive, interventionist US president. He slammed missiles into Syria over unproven claims of a chemical attack, he built US military bases on Syrian soil, he dropped the “mother of all bombs” on Afghanistan, he continued helping Saudi Arabia destroy Yemen, he expanded the US military occupation of Africa, he put NATO troops on the border of Russia, did his best to tear up the Iran nuclear agreement and in fact may have just launched a “color revolution” on Iran, and continued rattling sabers over China’s presence in the South China Sea.

That tells us quite a bit about what’s wrong with American political life these days. The “opposition party” doesn’t really oppose the other party’s policies. They are just angry that other the party is in power. With no real philosophical or policy differences, politics is essentially pointless. It is a game of spoils for the well-connected and little more than a sporting event for the rest of the country. Everyone wants to see his team come out on top.

Still, I have much hope for 2018. I know we are continuing to make steady progress waking up the American people to the idea that ideas do matter! Our interventionist foreign policy, responsible for so much misery around the world, is not inevitable. Our destructive economic and monetary policies, which enrich the well-connected while impoverishing the rest of us, are not inevitable. The further destruction of our right to privacy, to live our lives as we see fit, to pursue our own happiness without the government looking over our shoulder, is not inevitable. We can turn this around!

In 2018 I strongly believe more Americans will wake up to the seriousness of the total debt the US is facing and will begin blaming Washington for pumping up the warfare-welfare state. I believe more Americans will understand the role of the Federal Reserve in facilitating this ocean of debt. We will continue to make progress toward ending the Fed! 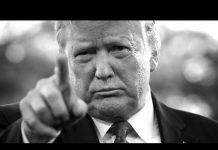