The cryptocurrency movement is capturing everyone’s imagination – including governments. Australia’s state-owned Perth Mint, operated by the Gold Corporation, intends to create its own cryptocurrency backed by gold.

Based in close proximity to Perth airport, the Perth Mint serves as the focal point of Australia’s precious metals refining. The refinery works on the vast majority of gold produced in Australia, as well as gold from surrounding countries.

In its own right, the Perth Mint stands up as one of Western Australia’s largest exporters distributing around $18 billion in pure gold, silver and platinum bars and coins to investors in more than 100 countries.

However, with the recent rush into Bitcoin and cryptocurrencies becoming mainstream, the Perth Mint is adapting to the challenge of modern financial markets. In a bid to keep up the digital times and to make its services available to a wider number of people and companies, Perth Mint has its sights set on developing a cryptocurrency that will be linked to a physical commodity.

Over the past two years, Perth Mint has taken affirmative steps into the digital realm of online trading, by launching its very own trading platform allowing consumers to purchase gold and other precious metals at the touch of a button.

Intending to take things a step further, the Perth Mint wants to incorporate blockchain and Distributed Ledger Technology (DLT) into its toolkit.

According to Perth Mint, the introduction of a crypto-gold product would improve accessibility to gold for all consumers as well as making gold investments more secure and transparent. The inherent value-add advantages offered by blockchain technology includes real-time market visibility, impenetrable security and flawless transparency across whichever network it operates on. 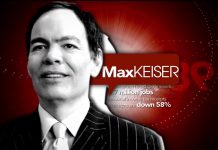