The first of these articles, published by RT on 30 December 2017, is titled “US gold of low purity & that’s why audit of reserves will never be allowed – expert tells RT”.

As the subject matter of US gold reserves is broad and wide-ranging, the RT questions and my answers and opinions covered a lot of material and RT therefore decided to divide it’s coverage into 2 articles. The first RT article covered the lack of transparency into the US gold reserves, the fact that has never been any of independent audits of the gold, and the fact that a lot of gold bars that the US claims to hold are actually low purity gold bars which do not conform to international industry standards on tradable wholesale gold bars (i.e. Good Delivery standards).

The first article also touched on the international reaction to and the effects on the US dollar that might unfold if the US gold reserves were found to be less than they are claimed to be.

The second RT article looked at the gold holding strategies of China and the Russian Federation, where the central banks of both nations have been actively accumulating their national gold reserves over the last 10-15 years, and where both central banks have been vocal about this monetary gold accumulation, possibly in preparation for a future return to a gold-backed monetary standard.

The second RT article also explored the scenario under which both China and Russia could have significantly more gold accumulated than they have publicly divulged, a situation which if revealed would put the spotlight back on to the claimed gold holdings of the US Treasury.

Following the RT articles, on 11 January, Beijing-based Chinese business and financial website BWChinese picked up on my quotes in the second RT.com article, and in a geo-political article about oil, the Renminbi, the US Dollar and gold (written in Chinese), the Chinese website linked the gold accumulation of China and Russia to part of a strategy of moving away from the dominance of the US dollar. The BWChinese article (in Chinese) can be seen here.

Then finally on 16 January, Moscow headquartered Sputnik news agency, in an article titled “Chinese Media Explain How Russia & China Can Escape ‘Dollar Domination”, profiled the BWChinese article, and essentially (and conveniently) summarized the entire Chinese article back into English. Interestingly, there was therefore coverage of the topic of official US gold reserves from Moscow across to Beijing, and back to Moscow again, all within the space of a week and spanning 3 media publications, namely RT, BWChinese and Sputnik. 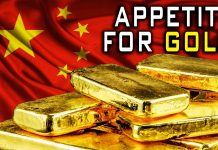