Are they causing the rout by trying to get large sums out of an illiquid market?

At the moment, cryptocurrencies and tokens are bouncing up and down in wild, double-digit gyrations by the hour. Bitcoin plunged below $9,300 and as I’m writing this is trading at around $9,800, down about 50% from its peak on December 17. Gone up in smoke in one month: $168 billion.

Ripple, the crypto that has recently been touted as the “next bitcoin” or “better than bitcoin,” plunged to $0.88 and is currently trading at $0.98, still down 76% from its peak on January 4. Gone up in smoke in two weeks: $110 billion.

There are now over 1,400 of these “cryptocurrencies” and “tokens” out there, according to CoinMarketCap. Anyone can issue a new one. The supply is unlimited. On January 8, they were valued at $830 billion. Now they’re valued $472 billion. About $358 billion have been eradicated or transferred from those holding the bag to those that got out early.

Then there’s BitConnect, which is down 97% from $476 on December 28 to $14.39 currently, but bouncing wildly up and down. Nearly $4 billion evaporated, using the number cited by the Texas Securities Commissioner, which has entered an Emergency Cease and Desist Order. The Securities Division of the North Carolina Department of Secretary of State has issued a Temporary Order to Cease and Desist. Much of the operation has now been shut down.

“Gain financial freedom with a secure and practical alternative to centralized banking,” BitConnect said on its website. In the crypto-craze, people fall for anything.

So have crypto hedge funds triggered the collapse by trying to get their money out of an illiquid market?

An index by Eurekahedge that tracks nine crypto hedge funds soared 1,167% in 2017 through December 31 and over 17,000% since June 2013. So it’s understandable if, after this run-up, the funds might try to take some profits.

But the index does not yet include the collapse so far this year.

Other hedge funds, family offices, and wealthy individuals got caught up in the craze. They shoved serious money into a market with little liquidity, which propelled the market higher. But now if they try to get even a modicum of money back out, prices collapse — there being little liquidity.

Regulators have woken up. European Securities and Markets Authority Chairman Steven Maijoor told Bloomberg that bitcoin investors “should be prepared to lose all their money.” US regulators, including the SEC and North American Securities Administrators Association (NASAA), have issued similar warnings, adding fraud as one of the risks. Chinese and Korean regulators are cracking down on the crypto space, including trading, crypto mining, and crypto exchanges.

“I believe there is still a nontrivial chance bitcoin goes to zero,” fund manager Bill Miller mused at the end of October. One of his funds had over $50 million in bitcoin. So meanwhile enjoy the ride… He said this fund was up 72.5% for the year, at a time when bitcoin was around $5,800. So if he kept the bitcoin stake through the rest of the year, 2017 ended very strongly for the fund. 2018 is another matter.

Each day bitcoin does not go to zero, “that chance declines as more venture capital flows into the bitcoin ecosystem and more people become familiar with bitcoin and buy it,” he said.

In other words, what might keep bitcoin from collapsing is artificial demandby “venture capital flows” and other funds. But this artificial demand can disappear without notice. And then with all the cryptos out there, what’s left is no demand and unlimited supply.

On January 2, at the peak of the craze, it was reported that a VC fund of Peter Thiel — the don of the so-called PayPal mafia — had bought $15 million to $20 million of bitcoins whose value had ballooned to “hundreds of millions of dollars,” as The Wall Street Journal put it, citing “people familiar with the matter.” This leak is precisely the sort of hype designed to drive this scheme ever higher by showing that the smartest and richest are buying into it. There is a fundamental understanding by every participant that there is just one job that everyone needs to do for this to work: creating more artificial demand.

Bloomberg identified a few more hedge funds in the space, including:

Altana Digital Currency Fund, started in 2014, was up 1,496% in 2017. The fund also engages in “automated arbitrage, momentum trading and short-term, securitized bitcoin loans,” according to Bloomberg. It warned in November that clients should only invest an amount they can afford to lose.

Silver 8 Partners, a hedge fund focused on fintech, blockchain, and machine learning, started investing in cryptos in June 2015. In 2017, it made 750% “mostly due to bullish bets on digital assets,” according to Bloomberg.

Crypto Asset Fund, which was started up in July 1, 2017, is into various aspects of the crypto space. For the six months of 2017, it gained 805%. All it did in its short life was buy, buy, buy. That was the easy part. Now comes the hard part: get out in an illiquid market. 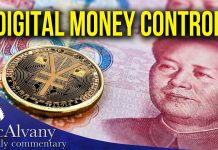 88 YEARS AGO, FDR BANNED GOLD. WILL A BITCOIN BAN BE NEXT? 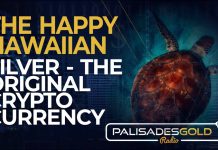