When I was a kid, my mom always went shopping on the day after Christmas. She wasn’t going out to spend her Christmas cash on some goody Santa failed to leave under the tree. She went out with the express purposes of buying Christmas cards, wrapping paper and decorations.

But why go out and buy Christmas items the day after Christmas? After all, you’re not going to need that stuff for about 11 months.

Well, if you’ve ever been out in the days after Christmas, you know why. Stores slash prices on everything relating to the holiday. It’s the perfect time to buy if you want to save a little money.

During the recent Precious Metals Summit in London,  Incrementum managing partner Ronald-Peter Stöferle said his wife is a devout after-Christmas sale shopper. And as Forbes contributor Frank Holmes tells it, we should look at gold today in the same way we look at Christmas items in January.

Here we are several days before Christmas, and demand for ornaments, lights and other decorations is red-hot, so be prepared to pay premium prices if you’re doing your shopping now. But mere hours after the Christmas presents have been unwrapped and Uncle Hank has fallen asleep on the couch with a glass of boozy eggnog, stores will begin slashing prices to get rid of inventory. Gold bullion and mining stocks are currently in the ‘January’ phase, so to speak, according to Stöferle.”

In other words, now is the time to buy gold!

You want to get into gold now – while most investors remain disinterested and prices are relatively flat. You don’t want to be out there trying to buy gold when the next crisis kicks off and everybody is bidding up the price. You want to be like my mom, who is sitting pretty right now wrapping presents in cheap paper she bought last January while everybody else is at the mall forking out full price for their wrapping supplies.

Peter Schiff made the same point during an interview Greg Hunter last month. He said the massive bubble the Fed has blown up is going to burst. We don’t know when that will happen, but we should prepare now.

How long can they keep the price of gold suppressed?  We will know when we get there.  At some point, the price is going to explode because there is real physical buying, and all that paper selling can’t camouflage that… People don’t trust fiat currencies – they don’t trust a dollar, euro, yen. They’re looking for an alternative, and believe me, the real alternative is gold. And more and more people are going to embrace it. And when they do, it’s going to overwhelm the central banks’ ability to suppress the price. In the meantime, enjoy the gift that they are giving. Because if you haven’t already bought your gold, whoever is selling it is doing you a favor. The fact that the price still doesn’t reflect the fundamentals means that it’s easier to accumulate gold now.”

Stöferle said he thinks a recession is on the horizon.

I think the odds are pretty high that a recession might be upon us sooner or later because we’re in this rate hike cycle, and as always the central banks are way behind the curve.”

Historically, 15 of the last 18 recessions happened right after a period of central bank tightening.

Bitcoin Is a Hallucinogenic That May Destroy Idea of Money: Jim Rickards’ Pre-Debate Breakdown 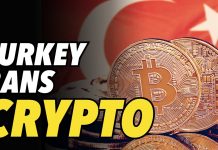