Crpto-‘currency’ or total carnage? Mike Novogratz doesn’t see “quick adoption” of Bitcoin as a currency, preferring to think of it as ‘digital gold’.

Perhaps this is one reason why. Amid its meteroic rise, Bitcoin is now 20 times more volatile than the US Dollar…

As MINT Partners’ Bill Blain exclaims, next week sees the improbable launch of Bitcoin futures. This looks like having the potential to be a clusterf*ck of monumental proportions when it bursts.

Yet, many will be willing to trade and settle them for their clients – largely retail.

Bitcoin has become the ultimate Klondyke.

Most folk don’t have a clue what BTC and the associated Blockchain ledger might be, but everyone knows what the price action has been.

Where that price is going is clouded by a lack of clarity on the technological nuances, distorted by Libertarian/Geek monetary gobbledy-gook, confused by a plethora of me-too coin offerings, speculators who see the chance of a quick buck, and investors scared they are missing out.

I’ve spent most of this week learning more and more about the limitations of Blockchain and two things are crystal clear – it doesn’t work, and it’s an evolutionary dead end that nimbler cryptocurrencies will take the niche of. But I still don’t understand why we need them at all?

If its central banks you object to, let’s have a private cryptocurrency based on gold, or oil, or something else tangible… but based on some computer babble? Not for me.

On the other hand, the long-term possibilities that BTC exploits in terms of Blockchain distributed ledgers are very real. Blockchain applications are going to utterly change finance.. 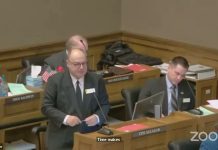