If NKorea ‘Cascades Out Of Control’, It’ll Be Far Too Late To Prepare By Then

In the story over at the Daily Mail that Steve Quayle linked to on his website on Sunday they reported that according to President Trump’s National Security Adviser, each North Korean missile launch brings the world closer to war with the possibility of nuclear war increasing every day.

Telling Fox News’ Bret Baier that “we’re in a race to be able to solve this problem”, HR McMaster also warned “there’s not much time left” as each time that North Korean dictator Kim Jong Un fires an ICBM into space, “he gets better at it”.

And while many have warned that McMaster is a ‘deep state’ intruder into President Trump’s cabinet and that we should stay aware, McMaster warns that Kim’s rogue regime poses the greatest immediate threat to the United States and to the world that we face. Of great concern to us was this overlooked sentence from that story on Kim’s recent ICBM launch:

The ballistic missile fired last week did not survive re-entry into the atmosphere – it broke up.

And while that might sound like ‘a win’ for America and a sign that Kim’s nuclear program in North Korea still has a way to go to be able to go up against us, as Mike Adams reported back on Natural News back on November 30th, a nuclear warhead wouldn’t NEED to survive re-entry into the atmosphere if it was detonated at a height of between 30 and 400 kilometers over the United States, nearly instantly sending our nation back to the dark ages.

As Adams reports as also heard in the 1st video below, such a strike could easily end up culling 90% or more of the US population, with a single warhead strike, after the total breakdown of our society that would be caused once the electrical grid goes down.

And while the US military and citizen radio operators across America recently took part in exercises that would simulate such an attack upon America that would take down not only the grid but all communications, Americans in general are TOTALLY unprepared for such an attack and all of the chaos and madness that would come along with it.

Within this new story from over at WND titled “ASTRONOMICAL LOSS OF LIFE IN POTENTIAL U.S. WAR WITH N. KOREA – ‘It is a race because he’s getting closer and closer, and there’s not much time left’“ they report what a war with North Korea would likely look like according to military experts, and it’s horrifying.:

While North Korea has reserves of about 6 million forces and has the 6th largest Army in the world, they only have about a two- to three-week supply of food, ammunition, fuel, etc. So all of Kim’s military goals would have to be met within that small window. Yet if Kim’s goal is to send America back to the dark ages, he wouldn’t need anywhere near that much time.

Is America just one EMP attack away from near-extinction? It has been said that all civilizations are only two meals and 24 hours awayfrom barbarism.

Debt Bubble: How Long Will It Last? | Michael Lee 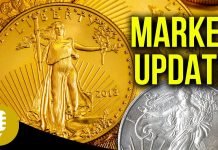