On Dec. 1, a Singapore based company called Digix announced they had received an initial infusion of capital to go ahead with their proposed venture of creating a gold backed cryptocurrency.

Using the Etherum Blockchain as its primary platform, Digix intents to evolve its DigixDao system to usher in a ‘digital form’ of the Gold Standard by tokenizing physical gold in a cryptocurrency.

Singapore-based Digix has secured US$1.25 million in seed funding, it announced today.
The funding will help the startup continue building its DigixDAO platform for trading gold-backed digital tokens on the Ethereum blockchain.

By tokenizing gold bullion, Digix is aiming to create a cryptocurrency that can provide more stability for investors. Unlike the majority of cryptocurrencies currently being traded, each Digix token will represent a real, physical asset – in its case, a piece of gold stored in a secure vault somewhere in Singapore. 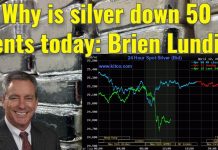 Why is silver down 50 cents today: Brien Lundin 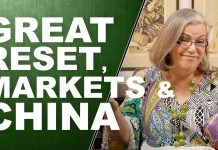