Former Trump advisor Roger Stone says Cabinet members have discussed removing President Trump from office by invoking the 25th Amendment. When pressed on the specifics, Stone replied “Like you, Tom [LoBianco of the Associated Press], I cannot reveal those sources, and I’m not prepared to do so, but this is not a conspiracy theory.”

Mr. Stone claimed during a recent interview aired on C-SPAN that he heard that some members of Mr. Trump’s administration have weighed whether they can invoke the 25th Amendment to take him out of office.

“Do you have any evidence that anyone is actively plotting or attempting or laying the groundwork right now inside the Cabinet — inside the administration — to make that removal?” Associated Press reporter Tom LoBianco asked Mr. Stone.

“I have sources, and I work my sources, and yes, I believe there are some who have had this discussion. This is both outside the Cabinet and in. I think it’s the fallback plan for the establishment. That’s why I’m trying to sound the clarion call,” Mr. Stone responded.

Stone is not the only major political or media figure to argue there is plot to remove Trump from the White House. As The Gateway Pundit‘s Jim Hoft reported, former United Nations Ambassador John Bolton believes Trump faces a coup threat from special counsel Robert Mueller.

Ambassador Bolton said recently that we are witnessing the first coup d’état in US History.

Ambassador Bolton: They are the ones who are illegitimate… The Wall Street Journal says this is the first coup d’état in American History. It’s a mini coup d’état but it goes right along with the idea that they should have won the election.. And one recalls the famous scene in the debate where during the debates where, I believe it was Chris Wallace, who asked both candidates if you lose will you accept the result… 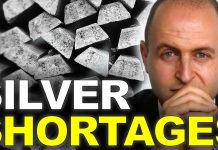