Nature is truly a miracle worker, especially when it comes to the many whole foods that have built-in substances which seem to be custom-made to destroy cancer cells while protecting healthy ones. The recently-discovered class of phytonutrient called salvestrols is definitely one of the heavy-hitters when it comes to protecting the body against breast cancer and other kinds of cancer.

Salvestrol as the “Trojan Horse” for Cancer Cells

Salvestrol is unique in that it came into being as a phytochemical categorization specifically because of its relationship to cancer cells. It was first discovered by researchers Gerry Potter, Professor of Medical Chemistry at De Montfort University in the UK, and Dan Burke, Professor Emeritus at North Carolina State University. Oddly enough, they were in the middle of researching how synthetic drugs could potentially target cancer cells without harming healthy cells when they discovered an all-natural substance that was able to do this without side effects. Once they discovered Salvestrol in plants, they decided to devote all their time to studying how it works (for the benefit of us all!).

Based on their initial research in the early 2000’s and many other studies since then, we now know that the phytochemical defined as “salvestrol” has a unique relationship to a particular enzyme that is only found within cancer cells. This enzyme is known as “CYP1B1.”

Salvestrol is really part of a larger class of phytochemicals called phytoalexins, which are highly antimicrobial and antioxidant. When taken in by a cancer cell, Salvestrol quickly becomes a “Trojan horse” for that cell. It is able to be metabolized by CYP1B1 and the metabolic process itself quickly causes apoptosis, or “cancer cell death,” for cancer cells while leaving all other healthy cells alone. A comprehensive study conducted by Burke and Potter found that Salvestrol can be effective on breast cancer as well as cancer of the prostate, lung and bladder. Other studies have found that substances taken within the phytoalexin category can instigate “activation of mitochondrial pathway of apoptosis.” 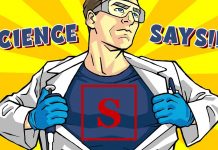