Well, a couple in Florida did a three-fer. They put their $26,000 in retirement gold in a cat litter box and asked their druggie neighbor to help them hide it on their boat.

The next part of the story won’t surprise you. The druggie neighbor apparently stole it.

According to a News Herald report, this story started with Hurrican Irma was barreling toward the Florida coast. Bay County residents Cynthia Copley, 70, and her 69-year-old husband decided they had better bug out. They packed 15 to 20 gold bars in an empty cat litter box and asked Corey Lofton, 28, to help them move their retirement stash to a boat parked on their property.

So, what led Cynthia and her husband to come up with this brilliant gold storage plan?

“We were frantic,” Copley told the News Herald. “We were so worried about the storm. Unfortunately, we didn’t think about anyone taking advantage of us.”

Lesson learned: always think about somebody taking advantage of you. Especially your druggie neighbor.

When the Copleys returned home, the gold was gone.

And surprise – so was Lofton.

When the deputies started looking for the missing gold, Lofton’s mom told them “he had spontaneously left town over the weekend to work in Jacksonville.”

I think mom probably knew that was utter B.S. Lofton doesn’t sound like a pick up and move for a job kind of guy. He had already been busted on drug charges and violated his probation by leaving town. Granted, maybe I’m not being fair to Lofton, but let’s be honest – the picture painted here ain’t pretty.

Cops in Jacksonville recently picked up Lofton. You’ll be shocked to find out he was allegedly drunk. So, now he faces a DUI  on top of charges for grand theft and probation violation.

Investigators haven’t said whether or not they recovered any of the gold. I find that odd. That seems like something you would tell the poor crime victims. But what do I know?

The Copleys said they don’t really expect to get their gold back.

“We kind of figured it was long gone. We were hopeful, but since that happened in September, it’s pretty much a lost cause,” she said. “I just want to see him in jail.”

So, what have we learned from this sad tale? 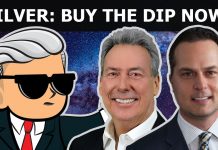 Supplement Your Food Supply With Your Local Farmer’s Market 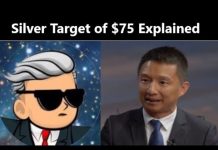