This US model, called Classical Conversations, speaks directly to the needs of Russian Christians for an educational system that supports family, community, and Christianity.

Since Russia has so swiftly become the world’s official bulwark of conservative values, it is quite surprising that it has systematically lagged behind in one obvious realm: Homeschooling.

For most Russians, homeschooling has always been enveloped in a fantastical aura, something associated mainly with special needs and/or with Amish-like Protestant groups in America.

But lately, as more Russian Christian families gain a voice, energized by growing state supports and society’s intensifying religiosity, the demand for alternatives to the official public school system, corrupted by materialism and Darwinism during the Soviet Regime and, now, by liberal values, has grown more popular and apparent.

More and more Russian parents are frightened and reluctant to hand over their child’s education into the hands of strangers, realizing, that in doing so, they are also relinquishing the moral upbringing of their own child, and allowing them to become inculcated with morals and values that may be completely foreign.

This is where Alexey Komov and Irina Shamolina, the pioneers of homeschooling in Russia, come in. The Russian couple, passionate about education, homeschools their three sons. Irina leads a popular blog about education and Alexey is the representative the World Congress of Families in Russia. Both have been fascinated by, and intensely studying, homeschooling since 2012.  With time, they came to the conviction that homeschooling options were urgently needed in Russia.

They traveled regularly to the US, which has the most developed homeschooling systems in the world, trying to learn about and experience the lively Christian homeschooling scene of the country.

They finally settled upon the Classical Conversations, a Christian homeschooling organization, started in the 1990s by Leigh Bortins in North Carolina. The model creates communities of homeschooling Christian families that meet weekly and aims to teach children in a classical manner. It is based on educational theories gleaned from Ancient Greece and the Trivium concept of the Middle Ages.

Thus, the child is homeschooled for most of the week, and the parents nurture and teach their own child within their intimate family circle. However, this system also addresses the need of the child…and the often ignored need of the parents…for socialization and community with like-minded people with weekly meetings. These also always begin with prayer and provide children with skills that parents may not be able to develop in children on their own.

Aleksey Komov and Irina Shamolina adopted the existing Christian homeschool curriculum and translated the resources. They also worked to adapt the program to a Russian Orthodox perspective, making it relevant to Russian culture and reality.

They found American supporters, and along with other Russian enthusiasts, helped them create an utterly beautiful website.

The program launched this fall, is 27 cities and 370 kids strong – in Russia, Ukraine and Belarus. It has met with unexpected, lively interest and seems to be turning into a movement among Russian Christians.

Importantly, Classical Conversations in Russia also immediately received wildly enthusiastic support from one of the most famous priests in Russia, Fr. Dmitry Smirnov.  Fr. Dmitry is incredibly popular and has a huge audience, perhaps bigger than that of any other religious figure in Russia. He is also the head the of the Russian Church’s Department for Family. 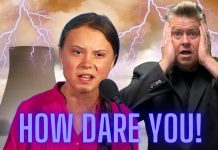 HOW TO DEFEAT THE TYRANNY OF EVIL MEN — James Tracy & Dr. Fred Graves