The Bitcoin Crash has finally taken place as the king of cryptocurrencies plunged a staggering 45% from its record high in just five days.  On December 17th, Bitcoin reached a peak of $19,800 but fell to a low of 10,887 in early market trading today.  However, the Bitcoin price has recovered from its lows and is now trading at $13,500.

So, the big question to all the Bitcoin investors and crypto traders….. Will the market recover or will the crash continue?  Well, if we go by charts that show assets moving up in a straight line, I believe we are going to see much lower prices.  I don’t know if it will take days, weeks or months… but lower it will go.

The warning signs that Bitcoin and the other cryptocurrencies were in a huge bubble were all over the place.  I started to point this out in my November 1st article, BITCOIN vs. GOLD: Which One’s A Bubble & How Much Energy Do They Really Consume:

So, the big question on the minds of many investors is… which asset is more of a bubble, Bitcoin or Gold?  If we use the cost of production as a guide, my answer is Bitcoin:

Currently, Bitcoin is fetching an estimated $4,700 profit per coin versus $136 for gold.

According to the research done by Marc Bevand (discussed in the article linked above), he calculated the cost to produce Bitcoin in August was approximately $1,500.  I adjusted that cost up to $1,800 for the beginning of November.  At the time, the price of Bitcoin was trading at $6,500.  Thus, the profit per Bitcoin was $4,700.  Now, compare that to cost to produce gold from the top two primary gold miners at $1,115.  Thus, Barrick and Newmont primary gold miners were enjoying an 11% profit margin while the Bitcoin miners were enjoying a 72% profit.

And… that is when Bitcoin was trading less than half of what it is currently.  Furthermore, I presented this chart on Bitcoin’s cost of production:

In my next article about the cryptos on Nov 21st, SELLING OUT OF PRECIOUS METALS & BUYING BITCOIN…. Very Bad Idea, I stated the following: 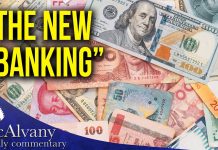 Modern Monetary Practice: The Alluring Tree In The Garden