A new controversial study confirms aluminum in vaccines may cause Autism Spectrum Disorder (ASD), and those children who suffer from it to have up 10 times more metal in their brains than what is considered a safe amount for adults. But is anyone surprised that metals cause deficiency in one’s own body?

Mercury and aluminum have long been debated by people like Robert Kennedy Jr. as ingredients in vaccines that could cause autism; and for good reason since we know that both aluminum and Mercury are neurotoxins that harm the body at high levels. But now researchers have discovered that aluminum causes the membrane to separate the brain from blood flowing to it, thus affecting its internal temperature, non-neuronal cells and inflammatory cells, Daily Mail reported.

“Perhaps we now have the link between vaccination and autism spectrum disorder (ASD), the link being the inclusion of an aluminium adjuvant in the vaccine,” Professor Chris Exley from Keele University said.

The scientists hypothesize that children who suffer from autism may suffer from some strange genetic change that cause them to accumulate aluminum within their bodies. The study was published in the Journal of Trace Elements in Medicine and Biology.

Another study in 2012 from the peer-reviewed medical journal Lupus by Lucija Tomljenovic, PhD and Christopher A. Shaw, PhD of the University of British Columbia corroborates what Professor Chris Exley published, indicating that aluminum toxicity targets the mitochondria. The experiment found evidence that aluminum as an adjuvant can lead to permanent detrimental alterations of the brain and immune system function.

Aluminum is known to cause an “etiology of a number of diseases including Alzheimer’s, Parkinson’s, dialysis encephalopathy, and osteomalacia. Al has been shown to exert its effects by disrupting lipid membrane fluidity, perturbing iron (Fe), magnesium, and calcium homeostasis, and causing oxidative stress,” according to the abstract of the 2012 study.

This is also on point with what many court rulings have found as well in relation to vaccines causing autism in once-healthy kids.

One case in an Italian court in September, 2014, “ruled mercury and aluminum in vaccines cause autism” and awarded a plaintiff’s family compensation for their young boy who developed autism from a six-in-one hexavalent vaccine manufactured by GlaxoSmithKline. GSK even admits INFANRIX Hexa can cause several deadly illnesses, but insists that its risk-benefit profile “continues to be favorable.” In 2013, two kids were awarded millions by the vaccine court, confirming the MMR vaccine causes autism.

So what is the probability that the MMR vaccine causes autism?  Is there any research that suggest the vaccine could potentially cause autism in kids? Yes, there is a ton of evidence including court cases, various studies, whistleblowers and quotes by health community officials themselves.

This is all on record if you really want to dig. But I figured I’d do the digging for you, so you can follow along and check my research and understand where all this comes from and decide for yourself.

A senior CDC official, Dr. William Thompson stated vaccination’s links to autism and released 1,000 documents to back his claims.

This issue has actually been known since the 1960s that the MMR vaccine causes autism and has been admitted publicly.

“Rubella (congenital rubella syndrome) is one of the few proven causes of autism,” Walter A. Orenstein, M.D., former Assistant Surgeon General and Director of the National Immunization Program, said in a 2002 letter to the UK’s Chief Medical Officer. 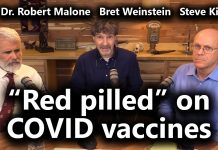