Appearing on Fox News, Huckabee responded to a verbal attack on his daughter made by Morning Joe co-host Mika Brzezinski, who lectured the press secretary for defending President Trump.

“Go home. Go home. You’re doing nothing if you stand by this president.” Brzezinski said Wednesday of Huckabee-Sanders, demanding that the Press Secretary should resign for telling reporters to get their minds out of the gutter and to stop applying sexual connotations to what the President says.

Brzezinski’s outburst was part of a wider verbal tirade against the women surrounding Trump, including his own wife and daughter.

“I was stunned that of all the people who are going to give a lecture on morality and family, and marriage, it’s going to be Mika? I’m sorry, but I just found that stunning,” Huckabee told Fox host Martha MacCallum.

“I’ll probably have to take half a baby aspirin tonight just to be able to get to sleep because Mika Brzezinski attacked my daughter, who is one heck of a strong lady, a great mom, a lovely wife, and a terrific public servant,” he said.

“She deserves better from other women and it just amazes me that even the women who say they are feminists are doing everything they can to discredit my daughter,” Huckabee continued. “To her credit, my daughter stands strong and tough and walks into that lions den of a press room every day and I believe represents women, represents the president and represents strength in an incredible way.”

“The fact that some people read that tweet and immediately saw something sexual in it says a whole lot more about the people who read it than it did about the president because those are the exact kind of words that he has, in fact, used time and again.” Huckabee also noted. 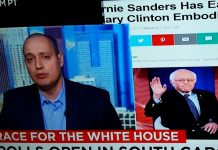 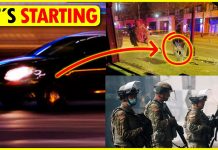 It has ALREADY begun…