I love it when the mainstream media creates these hit pieces designed to push people in one direction or the other. These articles are usually filled with emotional triggers with the intent of keeping the reader off balance, and avoiding any thought, while simply reacting to the words on the screen. The latest piece from nasdaq.com article titled “Gold Versus Bitcoin: Which should you buy?” is no different. We will now dismantle this piece stone by stone.

The opening paragraph sets the tone and right from the beginning is appealing to the emotions of the reader instead of their intellect.

The article then moves on to offer up more emotional triggers disguised as investment advice.

Even today, in the midst of what is one of the most fantastic bull runs of all time in any investment, bitcoin and the other cryptocurrencies are nowhere near mainstream acceptance. Many investors doubt bitcoin’s worth, even wondering if it has any true value at all.

What they are describing as a “fantastic bull run” is nothing more than hyperinflation finding a place to hide. With more and more people coming to the realization their worthless fiat currency, produced by any privately owned central bank around the world, is in fact worthless and becoming even more worthless as the days go by, they are searching for anything to retain value.

People, primarily individuals and not investment houses, that have awakened to the theft known as taxation and inflation, are looking for any shelter from the storm. These people have decided that hiding in plain sight works for them and cryptocurrencies, while not the easiest situation to navigate, is a better gamble than allowing governments and banksters to steal what little wealth they have attained.

The article then moves in for the pumping of cryptocurrencies and the bashing of gold. Remember, the globalist/elite/establishment/oligarchs what ever you choose to call the owners, want people to stay away from gold and silver, especially in physical form. The owners understand these are money and stores of wealth – always have been, always will be.

I do not doubt that digital currencies and their blockchain backbone are the future of global commerce. In fact, it’s apparent that the entire economic system is being forever altered by this technology. Investors who understand the changes taking place have already made fortunes, and there is still tremendous upside to come!

Still appealing to the readers emotions more so than their intellect the pumping of cryptocurrencies – “still tremendous upside to come”.

Then the author makes it crystal clear the intent is to push bitcoin, digital “currency”,  and steer people away from gold when they proclaim – “7 Reasons Bitcoin Is A Better Investment Than Gold”

Well, let’s start with the word “investment”. Gold, as we continually remind people, is not an investment “Gold is money and everything else is credit and when you understand this you will never be poor again.”

1. The overwhelming trend from physical to digital solutions and processes is the philosophical underpinning supports the rise of cryptocurrencies. Data has taken over every industrial group, from financial markets to agriculture. It just makes sense that data-based currencies are the logical step away from gold as a store of value.

What about the internet being all but shutdown, let’s see, on November 6, 2017 – you know, the day before this article was published, and the internet was unavailable to some of the largest, most densely populated areas of the country. The Daily Coin was knocked offline for 4 hours but we couldn’t see the site was knocked offline, even through our service provider, because it was at the next level higher. According to our service provider “everything is working perfectly” and it was.  Read this to learn more about what happened yesterday and the massive impact across the country. All of this had ZERO impact on my ability to use gold and a handshake to conduct business.

Here’s a visual of the outage.

Notice anything about the big red spots? They just happen to cover some of the largest cities in the country where most of the people in this country live and work.

So, this idea that a digital blip on a screen is somehow going to protect my family from the ravages of a totalitarian government is so far removed from reality that it is laughable.

The next line in this farce has to do with my phone. If I had my way I would go back to a rotary dial phone without voicemail.

In the developed world, most everyone has or wants a smartphone.

This is probably true, but it is once again appealing to emotion instead of investing or protecting ones wealth. “everyone has or wants a smartphone” is telling people there is probably something wrong with them if they don’t have one of these digital tracking devices that just happens to make phone calls. These devices also allow the government and banksters to track 100{5f621241b214ad2ec6cd4f506191303eb2f57539ef282de243c880c2b328a528} of everyones activity, conversations and “every breath you take“.

We finally come upon the words that show how a great propaganda piece reads. Probably the only words of truth written in this article. Of course, it begins with grooming of the reader to keep them on the track the author wishes for them to be.

3. The move to digital currencies is one of the final steps in the evolution of economics. Commerce began with the bartering of physical goods. Next, the world relied on gold, silver, and other commodities to store value and trade with others. Paper money and coins backed by gold allowed the acceleration of global business and made the trading of labor for needs and wants much more accessible for all strata of the economic system. In the last century, the gold standard was dropped entirely, with currencies supported by nothing but faith in governments. 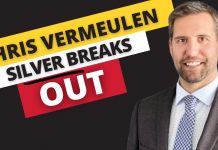