by Rachel M. Cohen, The Intercept:

LAST WEDNESDAY, DETECTIVE SEAN Suiter, along with an as-yet-unnamed partner, were in the West Baltimore neighborhood of Harlem Park. Suiter’s usual partner in the homicide unit, Detective Jonathan Jones, was off that day.

The police version of what happened, as relayed to the Baltimore Sun, goes like this: The detectives were looking for a witness to an unsolved triple homicide case that is nearly a year old when they spotted “suspicious activity” nearby. Suiter and his backup partner split up to cover different exits of the block. Suiter then confronted a man, who shot him in the head after the detective tried to speak. Suiter, an 18-year veteran of Baltimore’s police force, and a 43-year-old married father of five, was pronounced dead a day later, becoming the city’s 309th murder victim of 2017.

Police Commissioner Kevin Davis condemned the killing as “ridiculous, absurd, unnecessary loss of life,” and the killer as “heartless, ruthless, soulless.” On the night of the murder, the police department offered a vague description of the suspect: a black man who may be injured, wearing a black jacket with a white stripe.

The neighborhood was promptly put on lockdown. Over the course of the week, the reward fund to find Suiter’s killer climbed to $215,000 – a figure experts think might be a state record. The Harlem Park neighborhood lockdown was justified as a way for cops to preserve the crime scene and collect evidence.

Please know this crime scene preservation has been necessary. We will finish our exhaustive examination of the scene in the morning. https://t.co/O0WLnJ1GlK

Davis defended the measures, emphasizing the unique role police play in society. “In America, in this free society, our democracy, police – and I don’t mean to sound like I’m teaching a civics class here, but policing in America is special,” said Davis on Monday in a press conference. “It’s difficult, it’s special though … any loss of life is unacceptable, but society says in particular a murder of a police officer is unacceptable.”

As police cars lined the perimeter of Harlem Park for days, residents were unable to enter their neighborhoods without showing IDs. Some complained about helicopters flying above their homes, flashing lightsfrom police cars, and being subject to harassment and pat-down searches. Non-residents were barred from entering. On social media, many called to #FreeWestBaltimore.

Good morning and #FreeWestBaltimore, which is illegally locked down by an occupying army of Baltimore Police. If you won’t have to show ID to enter your own home after church today, they shouldn’t either. 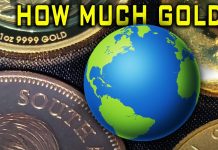