As we approach the holiday season many people turn to thoughts on tradition, heritage, principles, duty, honor and family. They consider the accomplishments and even the failures of the past and where we are headed in the future. For most of the year, the average American will keep their heads in the sands of monotony and decadence and distraction. But during this time, even in the midst of the consumption frenzy it has been molded into, people tend to reflect, and they find joy, and they find worry.

What perhaps does not come to mind very often though are the institutions and structures that provide the “stability” by which our society is able to continue in a predictable manner. While many of these institutions are not built with the good of the public in mind, they often indirectly secure a foundation that can be relied upon, for two or three generations, while securing power for the establishment. The problem is, the establishment is never satisfied with a static or semi-peaceful system for very long. They are not satisfied by being MOSTLY in control, they seek total control. Thus, they are often willing to create chaos and crisis and even tear down old structures that previously benefited them in order to gain something even greater (and more oppressive for the rest of us).

The official Thanksgiving holiday, for example, did not really begin as a homage to the colonial settlers and pilgrims of America’s birth and their struggles to build a new life.  While George Washington did proclaim a “Day of Thanks” in 1789, the model for Thanksgiving began far later, in 1863 as the Civil War was raging. It was the Civil War that upset the traditional balance of power between the states and the federal government, nearly annihilating the nation and asserting federal power as unquestionable for decades to come. A moment of great chaos which destroyed old institutions (like the 10th Amendment) but gave establishment elitists even more control in the end.

In Abraham Lincoln’s proclamation for the Thanksgiving holiday, he stated: “In the midst of a civil war of unequaled magnitude and severity … peace has been preserved with all nations, order has been maintained, the laws have been respected and obeyed and harmony has prevailed everywhere, except in the theater of military conflict.”

This may sound like a rather delusional claim on Lincoln’s part as we look back now at that time period, especially for those who understand how much freedom was actually lost in the process. But this is what the establishment does — it provides some security and some stability for a time, then suddenly rips it away to frighten the masses into conforming to increased centralization, then it returns that security and stability afterwards as a reward for our compliance.

In 1864, Lincoln gave a second proclamation for a Thanksgiving holiday, stating that: “I do further recommend to my fellow-citizens aforesaid that on that occasion they do reverently humble themselves in the dust.” Now, I sometimes wonder if Lincoln was referring to reverence for God, or reverence to the power structure which was about to give back some of the predictability and tranquility it had taken away?

Well, America has enjoyed another period of relative calm in terms of institutional peace and most citizens have grown rather used to the idea that this calm is somehow the norm. However, it is becoming ever more clear that another shock to the system is coming, this time through domestic AND international events, and some of the old world structures we are used to seeing may not exist afterwards. Here are just a few…

The cold war era defense alliance between multiple Western nations is on the verge of breaking apart. Turkey, a key NATO ally in projecting power across the Middle East, has undergone a dramatic and aggressive shift towards increased totalitarianism recently. This has all been in the name of stopping a “coup,” which is rather bewildering because there is almost no evidence of a coup actually being planned or attempted.

Ever since, Turkey has launched a campaign of anti-western sentiment and is embracing closer economic and military ties with Russia. Recep Erdogen’s chief adviser has publicly called for Turkey’s membership in the NATO alliance to be reconsidered.

At the same time, two dozen European nations have signed a defense pact this month, seeking to build a centralized European military and end dependency on the U.S. and NATO.

The old world military order is being upended. But to what goal? As stated earlier, the establishment is shaking up our conceptions of what is safe and secure. They are taking away the carrot to make way for the stick. When all is said and done, the goal would be a renewed interdependency between nations to a greater degree and a reduced and hobbled U.S. populace more easily frightened into submission.

As I examined extensively in my article “Saudi Coup Signals War And The New World Order Reset,” there is a vast change coming to the dynamic in the Middle East and specifically involving OPEC pillars like Saudi Arabia. The old order of oil trade and stability is about to crumble and be replaced with something much less agreeable to the U.S. economy.

It is important to remember that while oil and gas only make up about 10 percent of international trade, these are perhaps the most important commodities in the industrial world. Energy from petroleum sources is a root feeding all other trade and production. The fact that the dollar has been inexorably attached to this energy and production has allowed the U.S. a level of economic advantage that is perhaps unprecedented.

As multiple OPEC nations begin to question the validity of the dollar as the petrocurrency, and Saudi Arabia leads the way towards bilateral deals with Russia and China, it is imperative that we ask ourselves how much stability we can count on in the future of our currency? We also need to look at the systems that are being staged to take over from the dollar, including the IMF’s SDR currency basket system and ask ourselves who is really benefiting from the derailment of old world dollar dominance?

While fiat monetary systems are an abhorrent creation that destroy economies slowly over time, cash at least has the advantages of being anonymous and existing in a physical space – hopefully your pocket.  Unfortunately, current trends indicate that even these small consolations are about to be taken away. 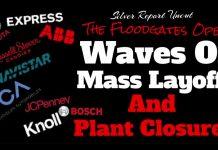