In prepper lore, there is a theory about how badly desperate people are likely to behave. Many folks outside the community scoff at this theory. They believe that we have become more civilized than to utilize violent measures when hunger strikes.

But an incident in Morocco the other day showed us exactly how hungry people behave. And it isn’t pretty.

Food was being distributed in a rural market in Sidi Boulaalam, a poor village. Women had come to the market with baskets to get food for their families, when suddenly, what could only be described as a stampede erupted.

At least 15 women died and five were wounded in a stampede during a food distribution operation on Sunday morning in rural Morocco, government officials said.

The victims were crushed as hundreds of people, mostly women, gathered to collect baskets of food at the market…

…In the aftermath of the stampede, clothes and other personal items were left scattered across the ground. (source)

That number was later updated to 40 people who were injured in the crush.

Witnesses told local media that this year’s annual food aid distribution at a local market in Sidi Boulaalam, an impoverished town with just over 8,000 inhabitants, attracted a larger crowd than usual.

“This year there were lots of people, several hundred people,” a witness who asked to remain anonymous told AFP news agency.

“People shoved, they broke down the barriers,” he said, adding that the injured had been evacuated to a hospital in Marrakesh. (source)

Here’s a video of the aftermath in this Tweet. (If it won’t play for you, go here.)

Food delivery was supposed to bring relief. Instead, it caused a deadly stampede in drought-stricken Morocco. pic.twitter.com/QslXgLZEfu

The value of the food being handed out? $16

15 families were left without mothers over $16 of food. To be fair, villagers in that part of the world live on about $3 per day, but still – this shows what desperation can do.

It happens somewhere in the world every day. Here are some acts of desperation that have happened just in recent months.

Should You Move While You Can, Or When You Must? 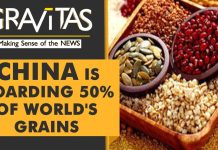 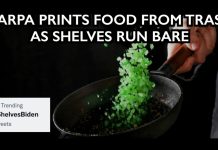