Whenever a major country is in decline and approaching collapse, a contingent arises that does everything it can to speed up the process toward collapse. This is always done in the same way:

Then, like any recipe, turn up the heat and bake until done.

Generally, the destruction of the first icon (most often a statue) requires some sort of explanation, regardless of how flimsy the argument may be. After that has succeeded, praise is to be showered on those who took part, egging them, and others, on to do more. As each new icon falls, less justification is necessary and, in the end, only blind anger is required to keep the destruction going.

In the present era, we’re witnessing this age-old process taking place in quite a few countries, but notably in the US.

But, why the US—the one country in the world that began as possibly the most advanced, freest nation the world had ever seen? How did this come to pass in “the land of the free”?

Well, truth be told, no matter how inspired or sincere the founding fathers of any nation may be, those who would usurp them are always many in number and, in most cases, are prepared to do whatever it takes to slowly take power and return to tyrannical rule.

Even under the best forms of Government, those entrusted with power have, in time, and by slow operations, perverted it into tyranny.

And, even in George Washington’s Cabinet, the rot set in early, with Treasury Secretary Alexander Hamilton continually seeking to subvert the objectives of Secretary of State Jefferson. Therefore, the degradation in the US system began quite early.

But why does it seem as though it’s speeding up dramatically now? Why is it suddenly pulling apart at the seams?

Well, for that answer, we can once again rely on Mister Jefferson:

And the US has passed that significant tipping point. The majority now depend upon handouts from the government. Once that occurs, it becomes easy to sell them the idea that, since they’re “entitled” to the handouts, they have a perfect right to be outraged that they’re not receiving more. (Again, logic is not necessary; what’s required is an emotionally-charged sense of victimisation.) 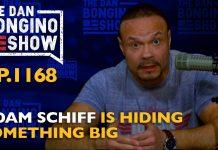